Disclosure: Some links on this website are affiliate links from which we receive a small commission, however this makes no difference to the price you pay. 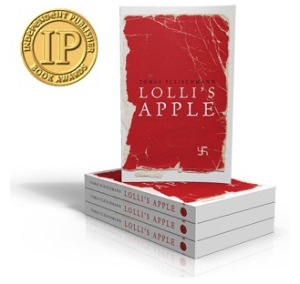 Lolli’s Apple by Tomas Fleischmann is a book of the can’t-put-it-down variety – an engrossing read, but not excessively long.

A memoir of a young boy’s innocent view of the Holocaust during the last years of World War 2, Lolli’s Apple is written from the perspective of 6yo Tomas, who along with his pregnant Mother Lolli, experience all the horrors of transportation to first Auschwitz, and then finally Terezinstadt concentration camp.

With death all around them, Tomas’s resilience and ability to adapt, and his Mother’s resolve to keep her little family (later including newborn, Peter) alive is nothing less than astounding.

“There is no greater love in the world, than a mother’s love for her children” cites the now-elderly Tomas, with this fitting tribute to Lolli – his mother who during one of the most hazardous periods in Jewish History achieved the almost impossible – keeping her children alive in a camp where 16,000 children perished and only 123 survived.

Lolli’s Apple by Tomas Fleischmann is available online at Booktopia

Tomas Fleischmann was born in what is now Slovakia on 27 June 1938. Tomas is one of only 123 survivors of 16,000 children who went through Terezin Concentration Camp during WWII. He and his pregnant mother Lolli survived arrest, internment at Szered Camp, transportation to Auschwitz and internment at Terezin where Lolli gave birth to another son Peter.

Tomas, his mother Lolli and his brother Peter later migrated to Australia where Tomas ch

Tom later attended Parramatta High School in Sydney and practiced an illustrious career in textiles. He has also won several national awards for his inventions. Tom now lives in Sydney with his wife Caroline and their 8 children. He is 72 and rides a motorcycle and races yachts in his spare time!

Tom is a regular speaker about his holocaust experience with Courage to Care a major anti-bullying project of B’nai B’rith that his visited schools and communities across regional and metro Australia reaching almost 250,000 people.

Tom is also a member of the Child Survivor Group in Sydney. 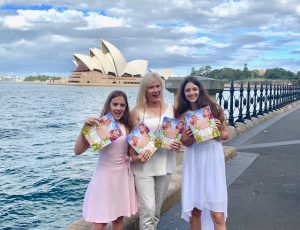 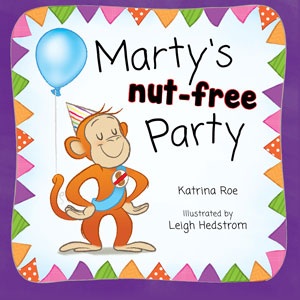 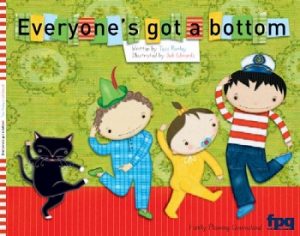 Everyone’s Got a Bottom by Tess Rowley