Question to Charles Pragnell, Advocate for Children and Families

Should I tell the court what he’s really like? 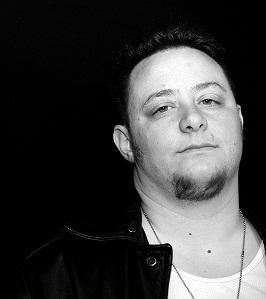 Charles,
I have come across your name in a lot of material I have read over the last couple of years. I am 42, live in NSW, am tertiary educated and have three daughters who are under 6. Without going into extensive details about our specific dramas, I believe my ex-husband is at least a narcissist, possibly a sociopath. He has never been physically or sexually abusive, as his preferred method is less detectable and more discreet emotional and psychological harm. Prior to separation, we attended several sessions together – until the psych eventually said he didn’t want to see my ex again. He helped me identify the pattern of abuse and was probably instrumental in our subsequent separation. The psychologist told me that he never wanted to see my husband again ? he believed that I should be asking for full custody and no unsupervised contact until the girls were old enough to express their opinions, as he identified some misogynist tendencies and was concerned that our children are girls and might suffer the same degree of manipulation he exercises over his mother and me. His mother has expressed her concerns over his problems to me privately, but since separation, she would perjure herself to the bitter end for him, so little evidence remains to support fact.
My question should I even pursue this at our trial? He was extremely adept during our marriage at convincing me that I was the source of all our problems – he withheld affection, ignored me and was incredibly controlling in our financial matters, yet all of that is justifiable to him because has tried to paint me the out of control, over-emotive, irrational and withholding parent.

Our case has been on foot for three years now and I am self-represented. Every hearing, conference or appearance has me tied up in knots of excruciating anxiety and fear, but so far the magistrate has been quite cautious with orders. As time has gone on and with each hearing I think that caution has increased. However, the case is crippling my life I don’t work because I can’t justify that the cost of childcare for three kids is worth them having less access to me at this time in their lives, but the case prevents me from even considering work until final orders because I’m consumed by it and the kind of work I do is less of an option because it requires a degree of flexibility in working hours that he has indicated he will not accommodate unless it favours him. He has been pressuring me to return to work possibly with two motivations , it would mean that I am less available to the children thereby opening the door for him to argue for an equal time arrangement and he is aware that the income I’m likely to receive is significantly less than it was previously due to other circumstances, which when coupled with the cost of daycare for three kids would mean that our standard of living would be unlikely to be any better than it is now, but the time the kids would spend with me would be reduced by significantly more than a half.

I’ve already decided that I’ll resist working until at least two of our girls are at school, or at least until trial is over and the dust has settled and I’m in an emotional space where I’m not just likely to be a drain on an employer, but how do I argue my case and defend myself against him when the law appears to be on his side?

Split (please keep me anonymous given our case is on foot)

Yes I’m afraid, as you say, the Shared Parenting law and the Family Court is on the side of your ex, no matter what he may have done, and he is entitled by the present law to have `a meaningful relationship with the children and to have `significant and substantial time’ with them, if this is `reasonably practicable. So those are the parameters you must work within.

It is important to show a cooperative, reasonable, and rational approach to these matters in the Court when you are a self litigant. Do not be emotive or obstructive. It would be best if you had someone with you as a McKenzie’s friend to give you support and assist you by taking notes of the responses of witnesses whereby you can follow up their statements with further questions. If you do not have a friend who can do this, then the National Council for Children Post Separation may be able to suggest someone ‘ there is a group who support mothers in such circumstances.
So in your presentation you must support the children having a `meaningful relationship’ with their father or the Court will view you as an `Unfriendly parent’ and will be likely to punish you. 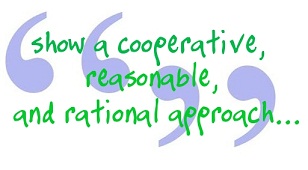 The matter of substantial and significant time is however the issue to be contended. The abuse which you say you have suffered does not currently come within the very narrow definition of domestic violence under the present law, and even physical and sexual violence are extremely difficult to prove, as Family Courts do not have the powers, expertise, and resources to investigate such allegations (Chief Justice Bryant). Sometimes psychiatrists or psychologists are appointed by Courts to give their opinions on such matters but they do not have the expertise nor the legal powers to undertake such investigations and establish whether, or not, children have suffered abuse. They are mandatorily required to report such allegations to the statutory authorities but often fail to do so. They tend however to make speculations and conjectures (often fanciful) regarding allegations of domestic violence and abuse, which unfortunately tend to influence Courts.

However, such abuse as you have suffered can be a part of a mental disorder of the kind you describe and it may be possible to suggest to the Court that you are concerned for your ex’s mental well-being listing this behavior, the narcissism, the misogynism, his behaviours towards the children and others, etc etc, as evidence and that perhaps the Court may wish to consider that he has a full psychiatric assessment. It is important that you put this across in a caring, concerned way both for him, and for his relationship with the children. Further suggest that the Court may wish to restrict his contact to supervised contact until there is a full psychiatric assessment completed.

I know it may be very difficult but try to show concern and pity for him, although he may well throw all kinds of insults and allegations at you. Do not react, but simply say to the Court that he obviously wants to continue the conflicts which led to your separation, and is being unhelpful to the determinations regarding the children. If he were to be reasonable and cooperative then you are sure that some reconciliation OF YOUR CURRENT POSITIONS can be reached. For your part you want to move on, and forget past animosities and antipathies and work towards what is best for the children.

Sadly and very regrettably the children’s wishes and feelings are unlikely to be considered by the Court, although they will be the most affected by the Court’s decisions.

Charles Pragnell is an independent Expert Defence Witness for Child Protection and has given evidence to courts in England, Scotland, and New Zealand. Since 1990 he has acted as an advocate/representative for children and families in child protection matters and other proceedings involving various state agencies. Since 1996 he has made special studies of issues involving Munchausen’s Syndrome By Proxy, Sudden Infant Death Syndrome and Shaken Baby Syndrome read more… 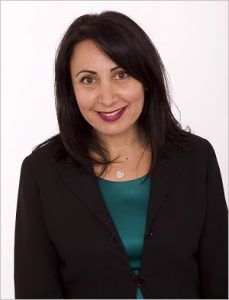