One of SingleMum.com.au’s Facebook families get the Royal treatment!
Belinda Duffy | 16 May 2013 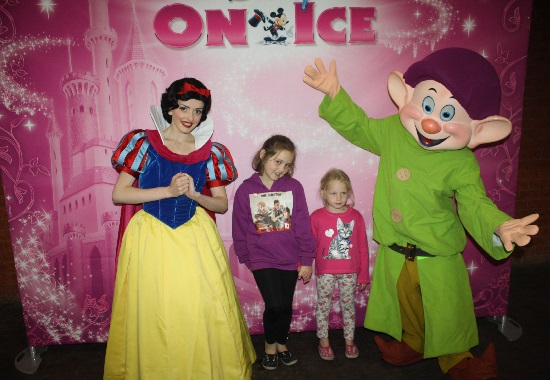 When SingleMum.com.au received a Disney On Ice VIP Event invitation we knew just who should attend and report back – one of our Facebook mums! Successful Facebook reviewer mum Belinda Duffy gives us the run-down on how their special single parent family Disney On Ice VIP day went!

…well except for maybe Tinkerbell!

On Monday we were treated to a private ice skating lesson at Macquarie Ice Rink from the amazing Disney On Ice Choreographer.

Jade (7) and Ella (4) were so excited to be able to go and see Disney on Ice – as we were catching the bus to the Ice Rink, Ella was telling everyone where we were headed. I didn’t really know what to expect on arrival, but once we arrived, the girls just wanted to go on the ice. This caught me a bit by surprise, so a quick dash had to be made by me to a nearby store to grab a pair of socks each for them to be able to wear the Ice Skates. 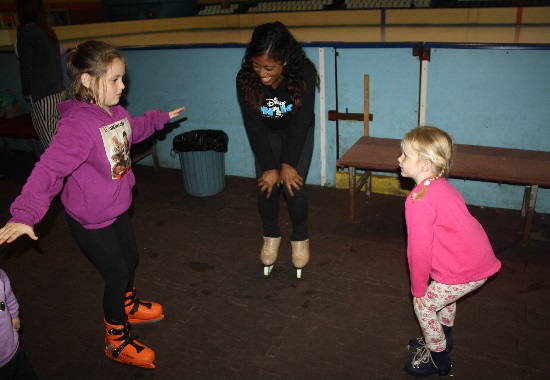 The girls received expert Disney On Ice instruction – including how to fall the right way!

The girls were sized up for their skates, and then they were ready to go. First they had to be taught how to fall correctly, so that they wouldn’t hurt themselves – and of course how to skate! The girls were paired up with their private instructor Lina, and then off on the ice they went – a few spins and twirls (actually, maybe a few falls and spills) were had as they spent around 40 minutes on the Ice.

I spent most of the time snapping away taking photo’s, and trying to stop Grace (2) from running out onto the Ice with her sisters (I thought it was a little dangerous for her to go out alone, and I definitely was not getting out on the Ice – since the last time I tried was back in 1997 and I just skirted around the edges of the Ice Rink – I could picture the broken leg that I would have already!).

Once Jade and Ella had finished their private lesson, we were greeted by Snow White and Dopey – how absolutely excited were my girls! There were high-5’s all around, cuddles, hand holding – and of course a lot of pictures were taken to remember the moment. 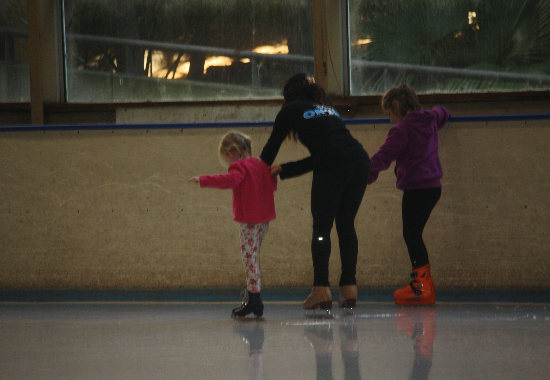 We’re skating! By the end of their private Disney On Ice lesson the girls were going great!

Thanks Single Mum Australia, for the opportunity for me and my girls to take part in this special day!

The Disney On Ice VIP Event was reviewed by Belinda Duffy, a www.SingleMum.com.au Facebook single mum from our Australian Single Mother Facebook Community

Enter a world of wonder where heroes and princesses prevail

Disney On Ice Princesses and Heroes is coming to Australia 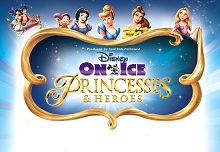