How to get your child to go to bed – and stay there! 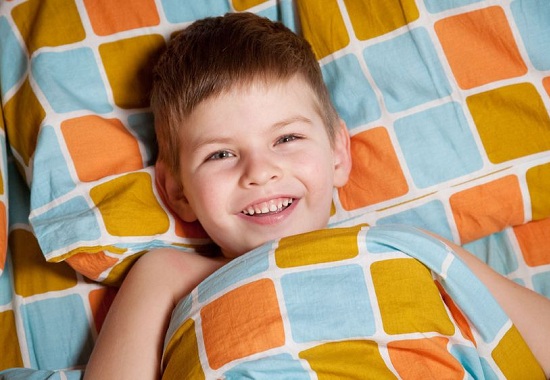 My children are aged six and seven, and over the years I have experienced major problems with my kids in the sleeping department…

My children are aged six and seven, and over the years I have experienced major problems with my kids in the sleeping department…

I decided to introduce a “sleeping” chart a little while ago, and whilst its only starting to work on my 7yo, my 6yo is on his third chart.

This is what I have done, and Im sure you could adapt it for younger kids as well…

Originally I downloaded a chart from the parenting website www.freeprintablebehaviorcharts.com that had 14 pictures of stars and moons.

I have made up a sleep chart of my own by hand using this chart as a guide, using smiley faces and moons. Doing it this way, you don’t even need a printer – or a good hand at drawing!
printable sleep chart
You can download this chart and print it out – easy!

In the morning, the kids colour the pictures in each night they sleep in their bed all night. I mark the date under the pic so i can keep track of the pattern.

As rewards, I have made up a “lucky dip” bag, (erasers, toy cars, writing pads, party favours). On the first chart they got a lucky dip as a reward for each night they slept in their own beds. At the end of the chart they got to choose a special treat (for example, my son chose a Happy Meal for dinner as one of his special treats).
sleep chart
No printer? No problem – grab a pen and draw it yourself!

My son has just finished his second chart – the same concept but i changed it to every 2nd night, and i would alternate “lucky dip and $1 for canteen snack”. My son chose to sleep with me for the night as his reward.

He has just started his 3rd chart. I have 21 pictures on it – this time it’s every 3rd night that he gets a reward. I am alternating these as well ($1, 20 minutes computer time, lucky dip) This time i have given him a $5 cap on his reward at the end of the 21 nights.

I will continue with this until they sleep every night, increasing the number of nights in between rewards, and using rewards that they are into at the time.

I hope these chart ideas help you if you are also trying to deal with your own child sleeping issues.

I now have other child behavioural charts that I originally got online, and then adapted to help with other issues – you can too!