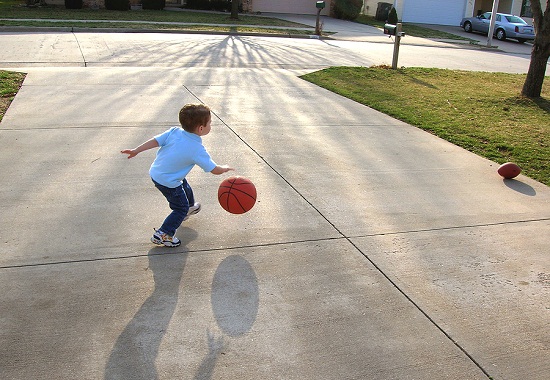 well before we are on the road…

One of the things I was not prepared for when I became a new Mum (and there were many at the age of 42!) was just how anxious I would feel about my son’s safety.

What was the safest pram, cot or car seat? Were the cords on our curtains out of reach? Could our dogs be allowed near him? Despite my best planning, I knew it was impossible to imagine every eventuality that could befall him. By their very nature toddlers are enterprising, curious, unpredictable and most of all really really fast (My enterprising son worked out how to pull the vent off our central heating system when he was 13 months old and I caught him trying to climb into the heating ducts. Who knew you could do that!).

As he got older and thankfully has so far avoided serious harm, I’ve become a little more confident. But like any parent, I remain highly sensitive to stories that involve the death or injury of a child. Stories that would have been tragic but quickly forgotten before I had a child are now too often the subject of a ‘did you see the story about?’ conversation. Some I find simply too hard to read.

One that makes any parent shudder is the tragedy of children, who are usually under the age of five, killed or injured when run over in the driveway of their own home.

Between 2001 and 2010, 66 children aged fourteen or younger were killed by motor vehicles around the family home. That’s about seven children every year.

The vast majority of these tragedies involved children under five. Most of the accidents involved a reversing vehicle. To compound the tragedy, it was generally a family member at the wheel.

These statistics are included in a new report I released today on Child pedestrian safety: driveway deaths and low-speed vehicle run-overs. I am speaking up about it today not because I want to add to parental anxiety but because as a community of parents this is something we can really do something about.

We all want to think such a disaster could not happen to us. But the more I have talked to parents who have lost children in this way the more I understand just how easily it can happen.

There are a few things that can help

The first is that we look at ways to make vehicles safer, such as mandating reversing cameras and sensors in all cars sold in Australia. There is a long way to go to make this happen. It is not something that Australia can do alone, but it certainly needs to be pursued.

Not all accidents in driveways happen with the vehicle reversing. Kids move fast and sometimes this means they are also not seen while driving forward until it is too late.

There is new technology to improve the visibility at the front of cars and help them brake quicker, or even brake on their own if something gets too close. So we need to keep an eye on what is happening in this space as well.

As Parliamentary Secretary for Infrastructure and Transport I am pleased that when the nation’s Transport Ministers meet later this year, child driveway safety will be on the agenda.

States and Territories have been running their own community awareness campaigns on the issue. I’d like see Governments work more collaboratively on these.

We also need to see if there are common factors to the physical environments where these accidents happen. If there are, then perhaps we can make changes to minimise the future risk.

Many parents I have spoken to over recent years have spent considerable efforts to ‘child proof’ their homes. Easier said than done!

There are some practical, common sense solutions that organisations such as KidSafe Victoria suggest through their Supervise, Separate & See campaign.

We all know that active supervision of children by an adult is critical – but the reality is it is not always easy. Try supervising three children while preparing dinner! Despite my own best efforts, there are times I have lost sight of my son in an unfenced playground or at a family celebration. For parents returning home when you haven’t had the direct supervision of them, thinking about where they are is not always the first thing in your head.

This is why separation is important. Many parents do make sure the driveways at home are an out of bounds area for children and where it is practical, parents are fencing off driveways. Many modern homes have the garage door entering straight into the house and fitting self-closing doors or higher door handles can help.

There are many simple reminders for parents, such as being aware that all cars have blind spots and observing basic safety-checks like ensuring handbrakes are on, and that they will work even on a steep driveway. Where possible, young children should have their seats installed in the centre of the rear seat to stop them falling out of cars.

I want to hear from you about your experiences and how best you think we can prevent death and injury to children from motor vehicles in driveways.

Vehicle safety begins at home, well before we are on the road.