My Story – Trapped On Centrelink Welfare 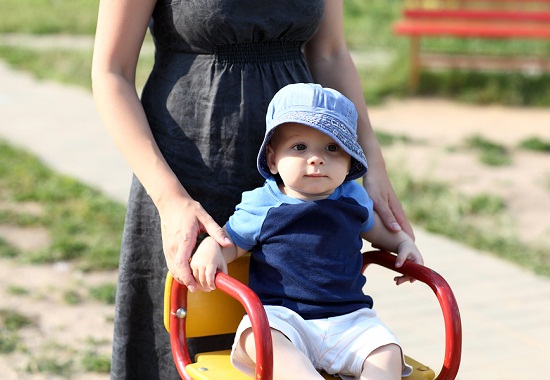 I am a single mother of two young boys…

…& this is my single mum story

19 mths ago I separated from my partner after revelations of his infidelity and drug abuse surfaced. I had never imagined myself as a single mother and had previously found myself judging those who were – now the shoe was on the other foot, and I was the one that found myself with the stigma of being a single mum living on welfare benefits.

To leave my partner of 7 years was not an easy decision. I was 8mths pregnant with a 20mth old toddler in tow. I was devastated, but more than that I was scared of the unknown – of what the future now held. But I didnt have time to sit in my p.js on the couch for a week, eating ice-cream and watching rom-coms. I didn’t have time to mourn my broken relationship – the life I once knew – the stereotypical ‘family’ I no longer had. I had to move house and try to help orientate my son to a new home and a new life.

Five weeks later I brought my new baby son home and our new type of ‘family’ was created. I was on auto pilot everyday – there was no choice, I didnt have time for a breakdown. I just had to do what I had to do to get through every day. Eventually…inevitably, I succumbed to post-natal depression. Luckily, I had the support of a very patient and caring doctor, and managed to somehow jump yet another hurdle. We were back on track.

With my happy little family skipping along merrily and my youngest son having reached 6mths old I decided it was time to return to the workforce. I was receiving very little financial support from the children’s father, so with my parenting payment being my only source of income it was becoming more and more difficult to make ends meet every fortnight.

Because I had been in a comfortable long term relationship I had chosen to stay at home to raise my first child. The last time I had been employed, I was 23 years old. I had previously worked in child care and had little to no experience in anything else. Now I found myself at the age of 27 unemployed and struggling to pay for the ‘essentials’ – rent, gas, electricity, phone, water and food.
“I try to do the very best I can for my children
but sometimes that is not enough…”

I try to do the very best I can for my children,

but sometimes that is not enough.

Twelve months on, I was still trying to get back into the workforce without success.

With every fifteen to twenty job applications that I emailed out, I was lucky to receive even one return email – and that would be advising me that I had been unsuccessful yet again. The feedback was all the same – I lacked any experience or relevant qualifications.

Several factors seemed to be working against me in my quest for work. Changes that had taken place in the child care industry whilst I had been at home being a full-time mum meant that I no longer had the right qualifications – and I had no experience in anything else. Living in a country town due to the difficult rental market meant that I also had limited job opportunites close to home, and would have to travel for any work – yet the ridiculous price of petrol made that prohibitive too. Taking everything into account, I weighed up my options and decided to head back to school.

Late in 2012 and full of hope for the future – and with a revised family budget in place – I started to put my plans into action. I had found a course to enrol in that was an hours drive away. I had spoken with Centrelink and found about the Child Care Rebate and Jobs, Education and Training Child Care Fee Assistance (JET) scheme that worked out to be $24 per fortnight for both children, and I had found them a full-time place in childcare half an hour away from home (due to the local centres being full). I thought I had finally found my feet and could provide more for my little family. Unfortunately, this was not to be the case.

In mid January 2013, I was completing the enrolment forms for child care and called Centrelink to refresh my understanding on how the JET scheme worked. It was then that I was advised that the JET scheme had been changed from the beginning of the year. Rather than paying 10 cents per hour of care it had now increased to $1 per hour of care, or $240 per fortnight for 2 kids – this was ten times the pre-2013 quoted amount.

When I questioned Centrelink about the JET charges change` I was told that due to a minority of stereotypical single mums who had been abusing the system, JET had been increased to deter them from enrolling into course after course after course, instead of paying higher child care fees once they gained qualifications and returned to work.

I was also advised that the Government does not encourage parents to return to the work-force prior to the children reaching school age, as this is what they believe is best for the children. I was given the advice to study online, however the cost of internet connection was not on my essential list, so that wasn’t an option either. My only source of income being the single parent pension, I barely had my head above water with the essentials. Returning to study was unfortunately no longer an option.
“I now find myself an unemployable single mum…”

I now find myself an unemployable single mum. I live in a small town – and I live on the poverty line. I cannot afford to not be working, yet I cannot afford to better my chances of gaining employment through study, and so provide my two boys with a better future.

I am extemely grateful for the suppport of the single parent pension during the initial time following my separation, however my intention was only to access these funds on a short-term basis. Just until I was in a position to re-enter the workforce when my son was old enough, and I was emotionally ready. I am ready, I have been for twelve months but I find that there is still a lack of understanding on how difficult this can be for a single parent.

In my experience, the majorirty of single parents who are honest with the Centrelink system are now finding that returning to study is now an impossiblility due to the price changes to JET. I know that for myself if I were to study full-time my finances would suffer. After paying for my bills each fortnight and then adding the $240 child care fees, I would be going into debt – with no way to get out of it.

The Government is forcing single parents onto the Newstart Allowance once their youngest child turns 8, with the mentality that they should be in the workforce, however with the changes that have been made to JET they are not providing single parents with the tools to actually do this.

I now find myself asking – “How can the Government believe that it is better for my children to have their mother at home on welfare and living on the brink of poverty, rather than being in child care with an educated mother who is gainfully employed and able to provide more for them?

The changes to the Newstart Allowance, and now JET would appear that they are all based around trying to bring the budget back into surplus. I understand that we all need to make sacrifices but at what cost? I ask you this… “What type of future will my children have?”, it is a question I ask myself daily!

“My Story” as told by a mum from the Australian Single Mother Forum Facebook Community. Do you have a story to tell? We welcome single mum submissions! Drop us a line at features@singlemum.com.au