Q & A – Single Parenthood is not a choice. 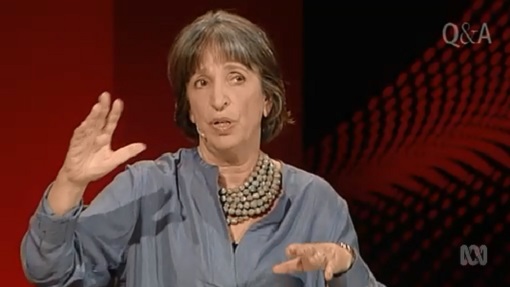 I felt compelled to write this after watching a Q & A

I felt compelled to write this after watching ABC’s Q & A (Qanda)”Festival Of Dangerous Ideas”” episode (Monday 1 September 2014) with an all women panel, and hearing Kay Hymowitz’s comments on single parent families.

As a single parent it was hard hearing her saying that “on average, children of single parents will fare worse in life than those with two parents….”

My immediate response was visceral, angry – how can it be true that my son is potentially condemned to a lower quality of life because I made a stupid choice of partner at 19 and went ahead with a pregnancy?

I’ve tried so hard to make amends – finished a law degree, working full time now, engaged my family in supporting him too. I’ve had a second failed relationship since his biological father – does that condemn him twice as much I wonder? I have to step away though from my individual circumstances.

I read through some Twitter comments on the episode and was particularly struck by criticisms of the other panellists’ responses: “You can’t respond to aggregate data with individual stories – it doesn’t disprove the overall, average trends…”, they (probably quite rightly) pointed out. And yet in parenting it’s so hard to get away from the individual – to force yourself not to be overcome by the extreme emotional guilt of feeling you are failing this innocent vulnerable child you have brought into the world. Your first response is to want to tell your own story – to say that your child will be OK because you are doing your bloody best! Though when I think about it more rationally, by focusing on myself I realise that in fact I’m not asking some very important questions.

I’m not a researcher or statistician and I haven’t delved into Kay’s claims in any depth. I haven’t questioned, or even checked, her sources. I’m taking her claims of what the evidence portrays to be true. And if they are, then we need to ask why this is the case – and we need to ask what we can do to improve the circumstances of children of single parents.

It’s not at all helpful to simply say single parents’ children end up worse off….

All that does is heap guilt on parents who are already feeling like they are trying their hardest to keep their heads above water.

I think it’s fair to say that very few people actively choose to be single parents. Relationships are hard and I would hope by now most of us have accepted that staying together in unhappy relationships for the sake of children is entirely destructive.

In asking why, perhaps we’ll be forced to recognise that the systems we have set up in our societies favour two parents….

Our working day is longer than our school day – it’s hard enough negotiating that with two working parents, let alone only one. So as a working single parent you rely on family if you have it, or you bear the cost of before and after care programs with half the resources of a two parent family.

And you don’t have another parent who can share the time you have to take off work when your child is sick. You don’t get to attend the Friday drinks or other evening social events unless you have family or can afford a baby sitter.

Although it is slowly changing, your child will most likely be subjected to a very normative view of what their family should be at school – the stories they read and the discussions they have in classes about families will often reflect a two parent family, potentially contributing to a sense of insecurity or abnormality about their single parent family.

And in asking what we can do to change the circumstances of children, we’ll have to ask how we can better support single parents to face these challenges.

We’ll have to look at increasing our financial and community supports and about genuine flexibility in workplaces.
To other single parents, I want to say that what these statistics tell us is not that we have failed but that society is failing us

We aren’t getting the supports we need to make sure our children have equal opportunities. We are doing what we can with what we have and often we are working twice as hard as most other parents to keep our families together. We deserve better than this and we need to start speaking up about it.