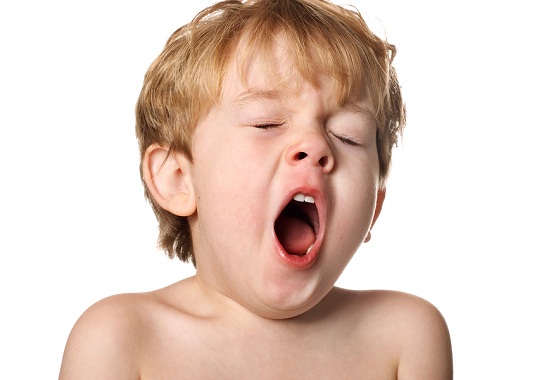 Parents go to great lengths for their children….

…but many overlook one important aspect of their children’s health…

Adults know how terrible they feel when they are not getting enough quality sleep, but often forget to consider whether their children are suffering from the same ailment. Maybe it’s because they’re so resilient and energetic – many children don’t show the same symptoms of fatigue as adults. Whatever the reason, there are plenty of ways to help your child sleep better. Here are some ideas you may not have thought of…

Children respond well when they know what’s coming – except for the occasional surprise trip to the ice cream shop, that is. This is especially true for young children who find comfort in predictability and familiarity. So every night, go through the same bedtime routine, whatever that routine might be. A bath and a short story before bed is a good way to unwind

Turn Off The T.V.

Television before bedtime should be discouraged. Watching television stimulates your child’s brain, waking her up more, just when you want her to be getting sleepy. And if you have a television in your child’s bedroom, seriously consider removing it. Scientific studies show that children with televisions in their bedrooms are not only more socially isolated than their peers, but also go to sleep as much as twenty minutes later than children without TVs in their bedroom

What your child puts in his or her mouth has a real impact on his or her sleeping patterns. For one, avoid anything caffeinated within an hour of bedtime. That includes anything with chocolate in it. Avoid a lot of sugar too. Make sure to read labels before feeding your children anything or try to go for something more old fashioned – like fruit!

It can be tempting to fall into the pattern of rocking your child to sleep, or letting them doze off on the couch with you – but these are not the best habits to cultivate. Put them in their cots or beds when they are drowsy but before they actually are sleeping. This way, they will get used to falling asleep on their own, which will make both yours and your child’s lives much easier at bedtime.

Stick To Your Child’s Bedtime

In the same vein as establishing and maintaining a bedtime routine or ritual, make sure your child is expecting to fall asleep at the same time every night. Do not give in to the begging and pleading to stay up later. Pick a bedtime and stick with it. Get later as your child gets older, but be consistent overall6

Ensure Your Kids Get Plenty Of Exercise During The Day

Children naturally love to run around and play. While it can get tiring for the adults looking after them, letting them follow this entirely natural instinct is important to their health. Children that get enough physical exercise during the daytime sleep better during the nighttime. So take your kid to the park to hit a few balls, or on a hike on a local trail

About the Author: Elena Morgan is a proud single mother who believes in healthier living through a holistic lifestyle. When she’s not writing, you can find Elena reviewing bedsheets, duvets and other bedroom products for Unison.