How to apply for sole custody of your child

Generally parents who separate agree on the future parenting of their children. Some parents choose for the children to live with one parent, and to spend alternate weekends with the other parent. Others agree on a week about basis, where the children effectively have two homes, and spend equal time in each home with each parent. There are many other examples of parenting arrangements that parents put in place, unique to their family units and to their children.

Sadly, not all separated parents agree on the parenting of their children, and many end up in the family law courts. Litigating children’s matters can be traumatic to both the parents and the children and is considered by many parents only as a last resort. It is also emotionally straining for the parties’ lawyers, the children’s independent lawyers, and for the experts who are asked to make recommendations about the type of children’s orders a court should make.

The issues that disputing parents ask the family law courts to determine include applications for passports, medical procedures, choice of school, or permission to relocate the children some distance away. In addition, many parents seek custody of their children.

‘Custody’ – what does it mean?

In 1995 the terms ‘custody’ and ‘access’ were changed to ‘residence’ and ‘contact’. These changes were made because of concerns that the terms ‘custody’ and ‘access’ were disempowering and implied that children were possessions. Despite these changes, the most common parenting arrangements continued to be the ‘every second weekend’ and ‘half of all school holidays’ arrangement for the ‘contact’ parent.

In 2006 the terms ‘residence’ and ‘contact’ were again changed, this time to their current form of ‘the child lives with’ and ‘the child spends time with’. These changes were made to provide family friendly terminology and to encourage parents to focus on the relationship between them and their children, rather than the time spent with each parent. 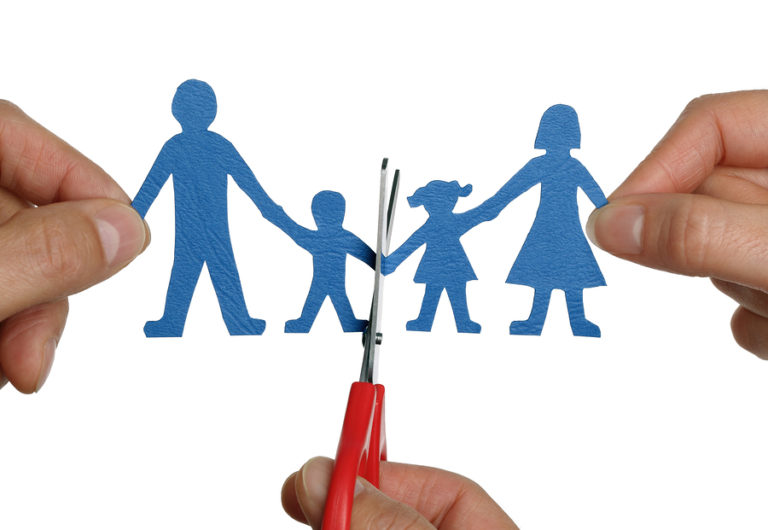 When a parent wants to gain ‘custody’ of their children, they need to seek two things:

The court will grant sole parental responsibility if it is in the children’s best interests. The most obvious cases are where one parent lacks mental capacity because of, for example, a mental illness. Another is where the parent is incarcerated, or where there is evidence of the parent making decisions that put the children at risk of harm. For example, repeated driving under the influence of drugs or alcohol, or exposing the children to violence or physical or psychological harm.

The evidence that must be presented in these cases must be independent evidence. Allegations made by one parent are not enough. Independent evidence would include Police reports or credible witnesses. Parents in this situation must also remember that just because one parent may have an alcohol or drug dependency problem does not mean that they will automatically lose parental responsibility. If they are willing to make changes and take their parental responsibility seriously they will be given that chance. They may, therefore, lose parental responsibility temporarily until they demonstrate that they no longer pose a risk to the children. They may attend parenting courses, anger management courses, counselling, and medical treatment or therapy. During this time the parent may still be spending regular time with the children, so that when the parent cleans up their act, so to speak, the family law expert is likely to recommend to the court that they be given joint parental responsibility and spend more, or equal time, with the children.

Children living with one parent

In these circumstances it is advisable that a parent not relocate the children such distance that it is no longer practicable for the children to spend equal time with each parent and still attend the same school. There are many cases where a parent made such a unilateral decision and was ordered by the court to move back into the area where they came from to maintain the relationship between the children and the other parent. If a parent finds themselves in a position where they have to move with the children, they should first try to reach an agreement with the other parent. If no agreement can be reached, the parent wanting to relocate with the children should ask the court for permission before doing so.

Parents who seek sole parental responsibility or that the children live with them should become familiar with Part VII of the Family Law Act 1975 (Commonwealth). The most important sections in ‘custody’ cases are:

Further, the parent will understand that the court must consider whether equal time with both parents is in the children’s best interests, and whether it is practicable. If it is, and if one parent seeks equal time, it will be ordered by the court. If it is not reasonably practicable then the court will order significant and substantial time. An example of where equal time would not be practicable is where the parents live such distance apart that the children could not attend the same school, or where they would have to spend some time travelling from the other parent’s home to their school each day.

Section 60CC is particularly important for parents to consider. This section lists the considerations that are taken into account to determine what is in the children’s best interests. The primary consideration is that the children have a meaningful relationship with both parents and be protected from harm. The additional considerations are, among other things, the views of the children, capacity of each parent to provide for the needs of the children, family violence, and any other fact or circumstance that the court thinks is relevant.

A parent who is considering obtaining custody of their children should ask themselves:

Making immediate contact will give the parents an opportunity to reach an agreement about the future parenting of the children, for example, through mediation. This is the best way to avoid litigating children’s matters. Litigation is stressful for the parents, and does, in one way or another, involve the children. This is not in their best interests. Parents seeking ‘custody’ of their children should therefore consider their reasons for doing so, their prospects of success, and the harm that the children could be exposed to through litigation. There may be other ways of addressing the issues they are experiencing, and legal advice or counselling could be of assistance before this type of court action is taken.

The writer thanks Ms Amanda Kost-Ryan, Law Student at the Queensland University of Technology, for her research on the history of the changes to the terminology used in family law legislation.

Do you have an opinion on this topic? Have your say below!

Grace Lawson is a Barrister and Mediator in Brisbane and practices in the areas of family law, employment law, and personal injury law. Grace mediates disputes in all areas of law. For contact details see Grace’s website at www.gracelawson.com.au
You can read more of Grace Lawson’s Profile here.

Why not join our 40,000+ fan Australian Single Parent Facebook page,