Children who abuse other children 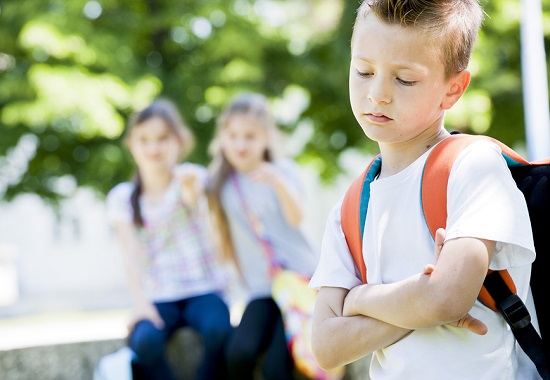 Parents are more than a little concerned

about what has been happening to their children…


In the last two weeks, emails I received from parents concentrated on the same subject: their children had been sexually abused by other children at school.

This is a comparatively recent but increasing problem and one that parents and teachers are ill-equipped to handle. You expect your children to be safe at school; most are. You are aware of bullies but don’t expect your sons (almost always boys) to be orally or anally penetrated by older children’s penises.

An 8 year old NSW boy followed and sexually abused a vulnerable boy with a disability every time he went to the toilet. The parent complained to the school but no action was taken. The abuse continued. The school could be sued for negligence.

In South Australia, a six year old attending an independent school demanded oral sex from the five year olds he encountered in the cubby house. A year later when the victims were aged six, they engaged in the same behaviour with younger children, creating another generation of victims who could also become future offenders.

Staff are not trained to handle these situations and tend to dismiss abusive behaviour as “normal sexual curiosity” or “sexual experimentation”. They are not taught to differentiate between behaviour that is normal and behaviour that suggests that a child is re-enacting what he has experienced.

Normal sexual curiosity involves friends and equal participation on the lines of “You show me yours and I’ll show you mine”. It involves peeping rather than touching. It can be a dare accompanied by giggles. It never includes force, tricks, bribes, threats, blackmail, demanding or offering oral sex, imposing secrecy, inserting objects of any kind in the genital area or persuading others to engage in this behaviour. When children engage in normal sexual curiosity they can easily be distracted. Those who replicate abuse are more likely to be in denial and angry.

Parents are more than a little concerned about what has been happening to their children.. Some have removed them to other schools. They accused the staff of not taking the problem seriously, dismissing problematic behaviour as normal and failing to get help for victims and perpetrators. When staff reported the problem to child protection services (DoCS in Sydney and Families SA in South Australia), nothing happened. Parents also reported to police but they were not interested either because, given the ages of the children, no crime had been committed.

So why is this happening?

First, the first perpetrator may have been sexually abused and is re-enacting what he has experienced. Sexual abuse is traumatic and traumatised children gain relief from sharing their experiences with others. When a child has been hospitalised, for example, he plays at nurses and doctors when he returns to kindergarten. Children in war zones are terrified by night but by day they play at being soldiers and pilots pretending to shoot each other or drop bombs.

If they enjoy the power they experience when they impose sexual misbehaviour on a younger or more vulnerable child, the abuse can become habitual. In the book, “Stop Child Molestation” Abel and Harlow (2001), with a massive sample of 4007 adult sex offenders, found that 20% admitted that they were sexually abusing other children before they were aged ten. You will recall that Brett Cowan, murderer of Daniel Morcombe, admitted that he had abused many child victims when he was a juvenile. Victoria police disclosed that there are more juveniles reported for sex offences than adults and the NSW Commissioner expressed concern that there is an increase in the number of pre-school children being targeted.

So, what are schools doing to stop this risky behaviour?

In Sydney the perpetrator was banned from the playground for two weeks.

In an Adelaide school, the perpetrators received black stars on their star chart.

How would that resolve their problems?

Teachers tend to view this as a disciplinary matter and fail to ask the initiator where he learned to play that game. Who showed him how to do this? The chances are that it is someone in the child’s home environment.

In one school, the teachers were so traumatised that they sought counselling but they forgot to offer counselling to the victims or their parents. If the abuser remains in the school, the victim is usually removed from the school. If he lives in a rural area, there may be no alternative school and the parents have to resort to home schooling. Thus, the victim is deprived of his social contacts and he and his parents are the sufferers.

Every school should have a child protection program which teaches children what to do if someone exhibits problematic sexual behaviours. In South Australia we have “Keeping Safe” which is compulsory in state schools. New Zealand has had “Keeping Ourselves Safe” since 1986. Queensland’s “Daniel Morcombe” program is optional. Minister for Education Christopher Pyne said this week that there should be a program in every school in every state.

If your child’s school doesn’t have a program, ask why. For pre-school children, use Family Planning Queensland’s “Everyone’s Got a Bottom”.

You don’t want your children to gain their sex education from being abused.

Professor Freda Briggs is the author of “Smart Parenting for Safer Kids” and “Child protection : The essential guide”