How to arm your children against stranger danger 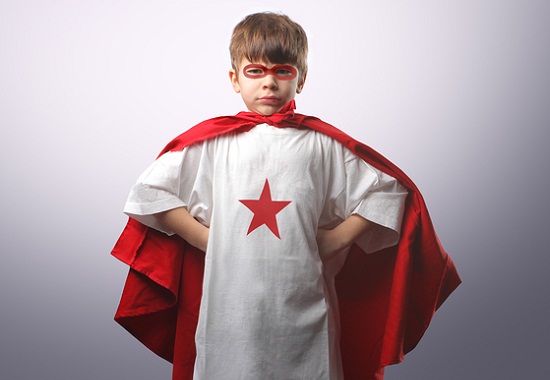 Recently, a ten year old Adelaide was sexually assaulted by a stranger while cycling along a well used cycle track alongside the River Torrens. Her parents were with her but out of sight.

Although an estimated 95% of child sexual assaults occur within the home environment, children need to be aware of what to do if they encounter a dangerous adult. In this case, the child was able to provide a description of the man and what he was wearing but few people do that. They freeze. So often we read that a man tried to abduct a child outside a school and was seen by parents none of whom thought to take the number of the vehicle or remember the make and type of the car or a description of the driver. If they had, he would have been caught on day one and children would be much safer.

Observation skills are a useful asset in life. You can start playing “I spy” and memory games when children are quite young. Did you ever play the party game where you are presented with a number of items on a tray and a few seconds later the tray is removed and you have to recall what the items were? Play at car spotting in the car.

When I was a teacher, groups of children would stand by the window and record the types of vehicles passing in a ten or fifteen minute period. We made histograms of the number of buses, trucks, cars, bikes and motorbikes. Another day we would separate Toyotas, Fords, Hondas etc and on another, we collected vehicle numbers from the staff carpark. My powers of observation came in useful when I was mugged in Rome. My handbag gone, I stopped a stranger for paper and pen and recorded the number of the motor-bike… then joined a long queue of robbed tourists. Police said that I was the only one to have recorded the number.

Parents often say, “We don’t need to worry about child protection. We take them everywhere. We always know where they are”. It doesn’t help to be a helicopter parent because you can’t possibly supervise children all of the time. And if you do hover over them constantly, they will be unlikely to cope on the occasion that they get into strife and you are not there.

If your child has a mobile phone, ensure that a police emergency number is in there. If your child walks to school alone, provide a handy alarm. Some police and Neighbourhood Watch stock them. It is small but if you pull the string, it lets out an ear-piercing shriek that would deter any potential child molester.

Practice using toy phones with yourself as the operator and the child making the report. “Police, fire or ambulance which service do you require”. Ensure that your child knows your address and the names of streets that are used. Around the age of eight they may know their own street and house number but they forget the suburb. Emphasise the importance of only using the emergency phone number for emergencies – pointing out that if you sent for the fire service and there wasn’t a fire, not only would you get into trouble but the firemen couldn’t attend a real fire and someone’s house cold burn down.

New Zealand child protection program, “Keeping Ourselves Safe” teaches children to be observant. If children see a car with someone behaving suspiciously, they are told to write the number on the back of their hand or recite it until they reach a house or a shop where they can get help. Don’t go in the house. Use a pebble to write the vehicle number on the footpath.

Teach and practice walking facing the traffic. If a car is following you and you feel uncomfortable, go to the nearest house to make it appear that you live there or turn around and walk in the opposite direction to give yourself more time. Teach your children to stand well back if a car stops and the driver asks for directions.

In New Zealand, some 16% of children in our survey reported having felt unsafe when walking alone – usually referring to teenage boys in cars drinking beer. All managed to remember at least part of the registrations numbers and make reports.

Once upon a time we played out of doors, climbed trees and crossed creeks and returned home only for meals. Children need the freedom to play and explore without parents hovering over them but they need to know how to stay safe and get help if help is needed.