Seeking a single mother with children born between 2000-2009

The article is comparing the experiences of single mothers over the past 30 years to see what has got better, what has got worse, what has changed, and what still needs to change.

I would need to interview the mother within the week – it shouldn’t take more than 30 mins and we can do it by phone. Then I would write up the profile and send it to her to check she is happy with it.

She would only be required to talk about things that she wants – she wouldn’t have to, for example, talk about the father or talk about finances, that kind of thing, if she didn’t want to. I really just want her thoughts on what she considers to be important issues facing single mothers today.

Also, she would need to be happy to provide a few photos of herself and her child/ren to appear in the magazine.

She can be from anywhere in Australia, and she can be single by choice or by circumstance – the important thing is that the baby/ies must have been born between 2000 and 2009.
And the more opinionated the mother the better!

This media call out is now closed 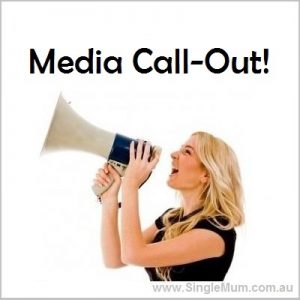