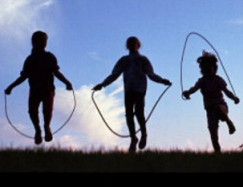 The recently published “The Good Mother Syndrome and Playgroup” research paper conducted by Dr Bronwyn Harman of the Edith Cowan University showed that the chief motivating factor for mothers taking their children to Playgroup was for their own social benefit, rather than the kids.

The surveyed Perth Playgroup mothers cited the top reasons for attending Playgroup were “for a sense of belonging”, “to seek validation as a mother”, and “to claim and exercise expertise”, with their own childrens socialising being less of a priority.

Dr Bronwyn Harman, chief researcher admitted that the results were unexpected. “Mothers own socialisation (have a break, talk to other adults, get out of the house and so on) took precedence over their child’s ability to play with other children, or play with different toys, or learn to share, or other social skills….”

In conclusion, the report found that Playgroup gives mothers the opportunity to regularly compare their parenting (good or bad), and normalises their parenting experiences, rather than leaving them feeling that they have to live-up to expectations set by the media’s unrealistic portrayal of “the good mother”. Also, that Playgroup offers peer support on many levels, depending on the children’s age, as well as the particular Playgroup’s location, and group-dynamics.

For single parents, attending Playgroup can be of even greater importance to mums themselves. Single mums from the www.SingleMotherForum.com echoed the mother-first research results. They cited that their reasons for going to Playgroup were primarily “to talk to an adult for a change and get a break from my daughter”, “For company – it gets lonely with just me and my son” and “To be with people that want to talk about all the woes of young children…”.

“The Good Mother Syndrome and Playgroup” report is one of a series being produced by Dr Bronwyn Harman of the Edith Cowan University. You can read the full report here. Dr Bronwyn Harman can be contacted at b.harman@ecu.edu.au

With over 8,500 playgroups meeting each week around Australia, chances are thereâ€™s one not far from you. You can attend the first three sessions for free until you find the group thatâ€™s right for you. Find out how you can join a playgroup by contacting your state playgroup association on 1800 171 882.