The Single Parent Guide to the 2014 Federal Budget 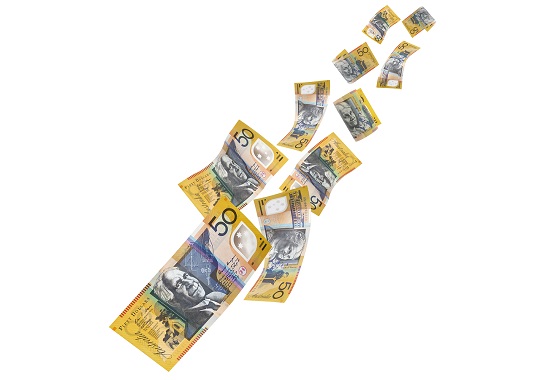 Interesting fact: Did you know that, up until yesterday, you were living in an age of entitlement?

This may have not been obvious to single parents who, generally speaking, battle each week to keep their family budgets together.

Prescriptions and petrol prices will go up, as will the cost of tobacco and alcohol. Higher education HELP debt income thresholds have been cut, so debts will have to be repaid sooner.

But what is likely to be most unpopular with single mums is Family Tax Benefit cuts, and a new $7 Medicare co-payment for visiting a GP doctor. Other medical services like X-Rays and blood tests will also have to paid for.

“When one person receives an entitlement,” said Hockey “it comes out of the pocket of another Australian.”

“Prosperity is not a gift. It needs to be earned,” said Hockey “Now it is our turn to contribute.”

“If we all contribute now, we will build a sustainable welfare system that helps the most disadvantaged and supports the most vulnerable.”

Single mothers will make a disproportionately large contribution in this budget said Terese Edwards, chief executive of the National Council of Single Mothers.

“The majority of families will be stripped of critical support and left significantly worse off.”

Joe Hockey’s budget is ‘brutal’ said Terese and would leave families ‘gasping’ to comprehend the slashing of family payments.

And family payments really have been slashed.

From July 2015, there will no longer be any Family Tax Benefit Part B for children over the age of six or for families with incomes over $100,000.

You can read the SingleMum.com.au Family Tax Benefit Part B breakdown here

Families with incomes over $94,316 will lose Family Tax Benefit Part A as well.

The only good news is that parents already receiving FTB Part B will be shielded from the cuts for two years – until July 2017. That is after the next federal election

All Family Tax Benefit (FTB) payments will be frozen from July 2014 for two years – that means no six monthly pay rises to compensate for rising prices.

Single parents who receive the maximum rate of FTB Part A (that means you have an annual income of less than $46,837) will qualify for a $750 annual payment to ease the pain of these cuts but that will not go far.

So the net result is that low income single parents with one child aged 6 – 12 who will get the new $750 supplement but lose FTB part B will be up to $131.62 per fortnight worse off.

Families with three kids will lose the large family supplement of $12.04 per child fortnight. That will now only be paid to families with four or more children.

Well sit down and prepare to gasp. Everybody’s situation is different, but the bottom line is this:

The average low income single parent with three young children can expect to lose up to $400 per fortnight in family payments from July 2015. That’s about ten thousand dollars per year.

A parent with two teenagers will lose more than $200 per fortnight – about five thousand per year.

From that diminished budget, parents will pay more for medical services and prescriptions.

A visit to the GP which results in a blood test and prescription will cost $56. Parents with a concession card will pay $20.

Petrol will go up one cent per litre, and there will be petrol price rises every six months forever. Smokers will pay six cents more for an average packet of cigarettes.

Other changes will hit disabled people aged under 35 years who will face a reassessment of their ability to work.

University graduates will now have to begin repaying their HELP debts when their income reaches $50,638, down from $53,345.

The good news is that the government says families will be $550 per year better off – through reductions in electricity and other prices – when the Carbon Tax is abolished.

Kerry Townsend, a single mum with two kids living in Melbourne says she is hopeful that some of the budget changes will be blocked by Clive Palmer’s Palmer United Party (PUP). The PUP will hold the balance of power in the senate from July 2014.

“It is disgusting the way politicians from both major parties treat ordinary families,” said Kerry.

“I am now supporting Clive Palmer…his policies are more in touch with reality.”

Clive Palmer told ABC TV that he will block parts of the budget because it is “based on lies.”

Palmer said Australia’s debt is low compared with other countries.

“Australia has twelve per cent of our GDP in debt, the average for the OECD advanced economies is 73 per cent,” said Palmer

“There is no debt crisis, this is just an excuse to have an ideological budget that will hit people that they don’t like.”