Are you ready for the big Centrelink & Medicare changes?
By Jason Bryce | 21 December 2014 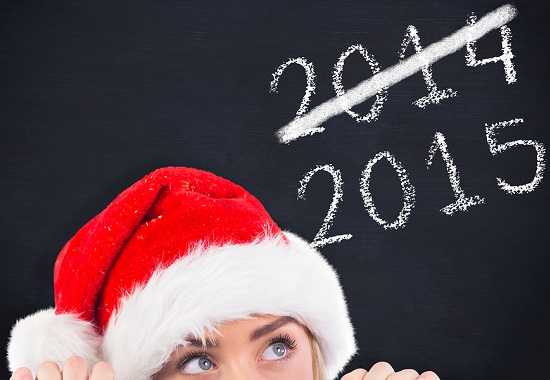 There is some good news amidst the harsh cutbacks

that single mothers will have to bear in 2015…

Have you been wondering what happened to Joe Hockey’s budget from May 2014?

Well, some of the big changes to Medicare and Centrelink pensions and benefits that Joe Hockey proposed have survived while others have failed to pass the hostile senate.

In fact the senate has done a pretty good job in protecting single parent families, pensioners and young people from some of the government’s harshest budget cuts said Doctor Cassandra Goldie, chief executive of the Australian Council of Social Services (ACOSS).

“We applaud the good sense of Senators,” said Cassandra.

However she added that life for low income families is getting harder and charities and social service agencies are overloaded.

“We are troubled by the plight of single parents.”

ACOSS reported that 56 per cent of community workers said life for sole parents was getting more stressful according to a 2014 survey of 1,000 welfare sector workers.

Cassandra Goldie said the government needs to rethink “some of its deeply unfair Budget measures.”

Some of them have been rethought and reworked and there is good news amidst the bad news for single mums in 2015.

Here is your guide to the big changes to pensions and benefits in 2015.

The fight to save the School Kids Bonus has been lost – but the popular payment is not dead yet.

Joe Hockey’s law to phase out the Schoolkids Bonus (SKB) has passed through parliament but SKB payments will continue in 2015 and 2016, with some new restrictions.

To be eligible for School Kids Bonus in 2015 and 2016, parents must be receiving Family Tax Benefit Part A and have a total family taxable income of $100,000 or less per year.

Family Tax Benefit Part A income test child add-ons for second and subsequent children will be axed from July 2015. Families with more than one child currently can earn about $3,800 more per child over the income limit before they lose the base rate of FTB Part A (Currently about $57 per child per fortnight).

Joe Hockey wanted to charge everyone who went to the doctor a $7 co-payment with that money funding a medical research program.

That plan has been replaced with a $5 cut to the Medicare rebate that general practice doctors receive from the government. The $5 cut takes effect from 1 July 2015.

This effectively forces then to collect a $5 co-payment from their patients. Medicare rebates for doctors have also been frozen for four years.

The only good news is that rebates for pensioners (including those on Parenting Payment Single), concession card holders and children under 16 will remain at current levels.

They are also angry about the government’s four year freeze on all Medicare rebates for all general practice and specialist doctors.

“To have a freeze and expect people not to pass on costs to their patients is inconceivable,” said Dr Owler.

And the freeze in Medicare rebates will affect all patients, even pensioners and concession cards holders said Dr Owler.

Another change that has not been widely discussed is a big cut to Medicare rebates for short doctors visits. From the 19 January 2015, doctors will be paid $11 (down from $37) for consultations under 10 minutes.

The prime minister Tony Abbott said this will stop ‘six minute medicine’ but Dr Owler said experienced GPs can diagnose a patient, take a history and prescribe and explain a management plan in eight or nine minutes.

Energy Supplement is a small top-up to all your payments that really adds up over time, particularly for parents with more than one child or more than one payment from Centrelink.

However the really good news is that it will still be paid to families, pensioners and most Centrelink beneficiaries.

And if you receive both a pension and a benefit – like Parenting Payment Single and Family Tax Benefits – you get more than one energy supplement payment.

For people on the maximum rate of Family Tax Benefit Part A the Energy Supplement is up to $4.48 per fortnight per child.

The energy supplement is also added to Family Tax Benefit Part B and parents will get up to an extra $2.80 per child per fortnight on their FTB Part B.

You don’t have to apply for the Energy Supplement. It is automatically added on to your payments by Centrelink.

From 5 January 2015, Jobs, Education and Training Child Care Fee Assistance[3] will be capped at $8 per hour per child (maximum). Before this change, parents could count on JET to cover all but $1 of their hourly child care bills. Now parents are likely to be slugged with much bigger bills for child care while they are studying.

Total JET subsidised child care hours will be capped at 36 hours per week per child (maximum).

Teenage single mums still at school can be approved for more than 36 hours child care and for parents in the “Helping Young Parents and Supporting Jobless Families” programs, this change to JET will not apply until 6 July 2015.

Single parents, for the first time, can now earn more than $2,000 per fortnight – or $52,000 per year – and still be eligible for Parenting Payment.

The Pension Education Supplement has been saved – so far. The government have not been able to get the abolition of that passed