The Liberal Party on single parents: past, present and future 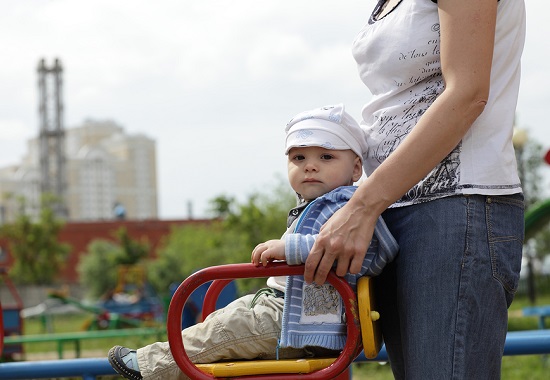 For more than 30 years, the Liberal Party has promoted hostility towards the welfare state and welfare recipients – Single parents have been an ongoing target for cutbacks

For more than 30 years, the Liberal Party has promoted hostility towards the welfare state and welfare recipients. This animus reflects two distinct ideological perspectives: a neo-liberal concern to cut government, reduce social expenditure and enhance individual autonomy, and a social conservatism that aims to punish the bad behaviour of welfare-reliant individuals who allegedly refuse to conform to mainstream values such as self-reliance and the work ethic. The Liberals believe that income security should shift from being a right or entitlement to a privilege. Welfare-reliant individuals should be given incentives to choose employment over welfare.

Single parents have been an ongoing target for cutbacks. As early as 1991, the Party proposed in the Fightback package that the sole parent pension be terminated when the youngest child turned 12 rather than 16. This was because existing arrangements allegedly encouraged sole parents to stay out of employment. Instead, the Liberals aimed to end incentives to welfare dependency, and promote a transfer of responsibility for welfare from the government to families and the individual. The Fightback proposal was almost certainly influenced by reports from neo-liberal think tanks which argued that most single mothers deliberately got pregnant in order to qualify for the sole parent pension, and that tougher eligibility rules would discourage this problematic tendency.

In the lead-up to the 1996 federal election, Party leader John Howard promised that a Coalition Government would not change the eligibility criteria for the Sole Parents Pension. But in the 2005 Budget, the Coalition Government introduced the Welfare to Work Bill which changed the eligibility rules for new applicants for Parenting Payment (PP). The amendments, which applied from July 2006, required new applicants to transfer to Newstart Allowance when their youngest child turned eight. Current recipients, however, would be allowed via grandfathering provisions to stay on Parenting Payment till their oldest child turned 16.

The sole parents affected by the change experienced a major cut in their weekly income given that Newstart was paid at a lower rate than PP (approx $40-50 less per fortnight) with higher withdrawal rates and lower tax rebates, and they would lose pensioner concessions. They were also forced to comply with mutual obligation requirements. Overall, it was estimated that new Parenting Payment recipients would lose up to $100 per week when their private earnings reached $300 per week.

At the time, the Labor Party joined with the Greens in Parliament to condemn these changes, arguing that they increased the hardship of sole parents, did nothing to increase incentives to participate in work, and simply dumped them onto lower payments. Yet the Labor Government later introduced measures via the Fair Incentives to Work Act in May 2012 (to be applied from January 2013) that extended these same harsh measures to existing Parenting Payment recipients. Commentators argued that these measures would cost this group of single parents between $60 to $100 a week, worsen child poverty, and do nothing to promote involvement in training or paid work.

The Greens opposed the Bill, but the Coalition voted to support the changes. Nevertheless, in a parliamentary speech on 6th June 2013, the Liberal Party Shadow Minister for Families, Housing and Human Services, Kevin Andrews, attacked Labor for a ‘callous attack’ on single parents and their household budgets. He compared Labor’s Bill unfavorably with the earlier Coalition Bill which had allegedly provided billions of dollars to assist single parents into training and employment.

However, Liberal Party Senator Chris Back, Deputy Chair of the Education, Employment and Workplace Relations Legislation Committee, expanded on the Coalition perspective in a Senate report published in August 2013. Senator Back emphasized that the Coalition supported initiatives such as the Fair Incentives to Work Act that ‘promote workforce participation and provide appropriate incentives to encourage those who are out of the workforce to find and maintain paid employment’. Back argued that children who grew up in jobless families were far more likely to be unemployed as adults, but ignored evidence that close to half of single parents were already in paid work, and that those in employment were the group of single parents whose total income would be most adversely affected by the changes.

Since being elected to government in September, the Coalition has expressed some public sympathy for single parents who were pushed onto Newstart, and implied that there may be some relaxation of income tests for single mothers. But it is unlikely that there will be any significant changes. The Liberal Party’s priority is to reduce the number of people on income security payments and associated costs, and to shift as many people as possible into paid employment. The welfare of people reliant on income security payments and that of their children is arguably a secondary concern.

Associate Professor Philip Mendes is the Director of the Social Inclusion and Social Policy Research Unit in the Department of Social Work at Monash University, and the author of Australia’s Welfare Wars Revisited, UNSW Press, 2008: Philip.Mendes@monash.edu