How The New Centrelink Newstart Changes Affect You

Thousands of single mums are being forced onto unemployment benefits on 1 January 2013 . Exclusively for www.singlemum.com.au, Centrelink boss Hank Jongen spells out everything you need to know about going on the dole… 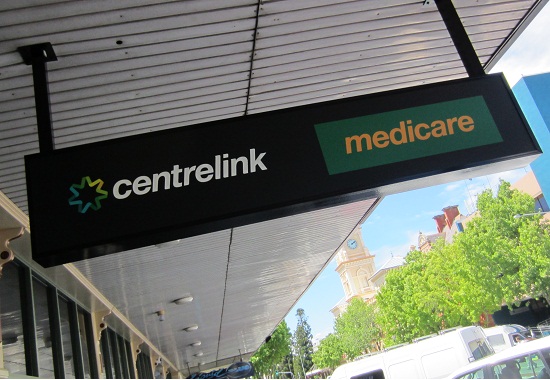 From 1 January 2013, all single parents whose youngest child is turning eight or more will lose their eligibility for Parenting Payment Single…

By now you will have heard that single parents are making a big $728 million contribution to the federal government’s budget surplus plans. That equals a loss of income of $60 to $140 per fortnight for thousands of single mums.

From 1 January all single parents whose youngest child is turning eight or more will lose their eligibility for Parenting Payment Single (the pension). Many will transfer to Newstart (unemployment benefits) which is a much lower rate of pay with a lower income test for part time earnings.

This is a policy change first introduced by the Howard government in 2006 and now effectively extended to all single parents.

Department of Human Services General Manager, Hank Jongen told www.singlemum.com.au this week that all these parents are being contacted individually and 32,000 have already finalised their new payments.

“Parents do not need to contact Centrelink as they will be contacted individually by phone to discuss their circumstances, what the changes mean and what support options or payments may be available to them,” said Hank Jongen.

“For most people, everything will be explained and organised for them in one phone call, including completing a streamlined claim for Newstart Allowance so their payment transfers to Newstart on 1 January.

“Some people, including those with complex situations, may need to visit an office before 1 January to talk through their situation in more detail,” said Jongen

That might include single parents with four or more children, foster carers or people providing home schooling or distance education who may be eligible for a higher rate of Newstart and may not lose any money at all.

“In these cases, our staff will make an appointment for the individual at a time that suits them at their nearest office,” said Jongen.

Kerry Davies, Project Worker at the Council of Single Mothers and their Children in Victoria says that if the affected mums have not spoken with a Centrelink representative by the end of 2012, then their Centrelink payments could be cut off.

“If you are cut off you will have to go through an application process” Ms Davies said, “and this includes a very low rate of savings which are allowed to be eligible. Those who are transferred to a new payment before the end of the year will not have any savings tested.”

Human Services Minister Kim Carr says he wants to ensure that parents get their maximum entitlement.

“Not all single parents affected by the decision will be transferred to Newstart; there are other benefits that may be available to them, including Carers’ Payment and, for some, Disability Support Pension,” he told The Australian.

That means that Newstart payments cut out completely if you earn more than $36,257 per year. About 10,000 single parent pensioners are now earning more than this and won’t be eligible for any Newstart, Senator Carr told The Daily Telegraph last week.

Director of the Welfare Rights Centre Maree O”Halloran says that is simply not true.

“The policy rationale for this move is a budget saving for the government and single parents are going to lose $60 – $110 per week. And those parents combining part time work and child care lose the most,” Maree O’Halloran told www.singlemum.com.au this week.

“Basically this is not about getting people into work. There is no more employment assistance and in fact there was more assistance available under the welfare to work changes back in 2006.”

Plus you have to factor in the cost of child care and there have been some changes to the Jobs, Education and Training (JET) Child Care Assistance programme. JET is extra assistance on top of the Child Care Benefit and the Child Care Rebate.

“The proposed changes will help ensure this program supports the most vulnerable – such as young parents who haven’t completed secondary education,” said Hank Jongen

“The changes to Jobs, Education and Training Childcare Fee Assistance mean eligibility will be limited to those studying Certificate II or higher qualifications, the payment will not be available for study at the Masters or Doctorate level and further studies at the same level will only be allowed if it’s an identified in-demand occupation on the government’s Skills Shortage List.

“Eligible parents will be able to receive childcare fee assistance for study for up to 24 months, but generally are no longer able to receive funding for an extended period, a work, study, training test will be introduced that aligns with the work, study, training test for Child Care Benefit. Assistance will be available for up to 24 hours care per child per week – to be eligible for more parents will need to be working, training or studying for at least 15 hours a week.”

A number of Single Mother Forum Facebook Page members expressed frustration with the Jobs, Education and Training Childcare Fee Assistance (JET) payment cutting out at two years , stating that they are not able to complete their four-year University degree they had commenced in order to make themselves more employable.

But there are some small pieces of good news.

“When a single parent transfers across to the Centrelink Newstart Allowance, Carer Payment or Disability Support Pension, they will retain their entitlement to a Pensioner Concession Card,” said Hank Jongen “If a parent does not transfer to either of these payments, they may be eligible for a Low Income Health Care Card.”

“All Parenting Payment recipients transferring to Newstart Allowance will also remain eligible for the Pensioner Education Supplement while they are completing their course.”