Schoolkids Bonus –to be paid in January 2014 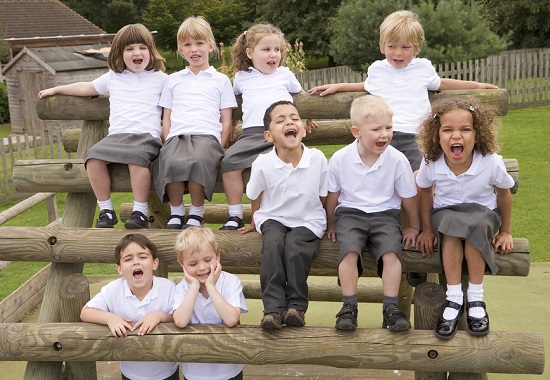 The School Kids Bonus will be paid this January…

Newstart parents may get a further cut in 2014

Tony Abbott’s government will pay the School Kids Bonus next month because the legislation to kill off the popular cash payment has been successfully held up by a coalition of Labor and Greens senators.

1.3 million low and middle income families who currently receive Family Tax Benefit part A are currently paid their School Kids Bonus (SKB) automatically before the start of the school year and at mid-year.

Prime Minister Tony Abbott has previously promised to axe the School Kids Bonus, calling it “a cash splash with borrowed money that has nothing to do with education.”

However, Abbott has not yet been able to axe the School Kids Bonus because it is part of the Mining Resource Rent Tax (MRRT) repeal bills that do not have the support of the Senate.

If Labor and the Greens will not agree to axe the mining tax, the School Kids Bonus also cannot be axed, says the government.

Last month the Commonwealth Treasury warned the politicians that $729 million worth of School Kids Bonus payments will be paid in January if the Mining Resource Rent Tax repeal bills are not passed by 31 December 2013.

Last Thursday – the 12th of December – was the last scheduled sitting day of the parliament so it seems families have won a reprieve and will get their School Kids Bonus payments for January 2014.

A earlier threat by Prime Minister Abbott to keep Parliament sitting through Christmas until the Carbon and Mining Taxes were both repealed came to nothing. Both the Prime Minister and Opposition Leader Bill Shorten left Canberra before Parliament closed on Friday to attend the funeral of Nelson Mandela.

A Government motion to keep the Senate (only) sitting another week was defeated, and no more was heard about Parliament sitting through Christmas – all rushed to Canberra Airport on Friday afternoon as politicians holidays began in earnest.

Other payments that were supposed to be funded by the Mining Resource Rent Tax and are now on the chopping block are the Income Support Bonus and the $500 Low Income Superannuation Contribution (LINC).

The Income Support Bonus (ISB) is $210 a year to single recipients and $350 a year to unemployed couples, paid in two lump sums in March and September each year. The ISB came after Government recognition that Newstart is “manifestly inadequate” as a living income.

The Income Support Bonus and the Low Income Superannuation Contribution are currently in the same position as the School Kids Bonus. The Abbott government doesn’t want to pay them but says it can’t cut them – at least until the new senate takes over in July 2014.

The School Kids Bonus evolved out of the Rudd government’s Education Tax Refund which required families to keep and lodge receipts detailing how much they spent on approved items for their children’s education.

The tax refund was scrapped in favour of a universal payment by the Gillard government and the additional cost was supposed to be paid for by the mining tax. However the mining tax never delivered enough revenue to cover the School Kids Bonus, let alone the Income Support Bonus and the Low Income Super Contribution as well.

That makes the strong linking of the Mining Resource Rent Tax and the School Kids Bonus by the government not quite logical according to the Australian Council of Social Services.

A senate committee chaired by Tasmanian Liberal Senator David Bushby found the plan to axe the payments “would have a detrimental effect on some of Australia’s poorest workers and on small businesses operating in a difficult economic environment”.

The Bushby report also said the School Kids Bonus was only “partially linked to the Mining Resource Rent Tax”.

Labor contends that there is no linkage between the mining tax and the School Kids Bonus.

While the long term future of the School Kids Bonus and the low income bonus looks shaky, parents will be happy to see the arrival of the cash in bank accounts this January.