Single parents to Tony Abbott: Don’t leave us behind

Families have a right to be concerned about the new government and what it may mean for their benefits and payments. The Abbott government has a very different focus in mind for family payments.

But the new minister for Centrelink looks like an ally for all those struggling to make ends meet. 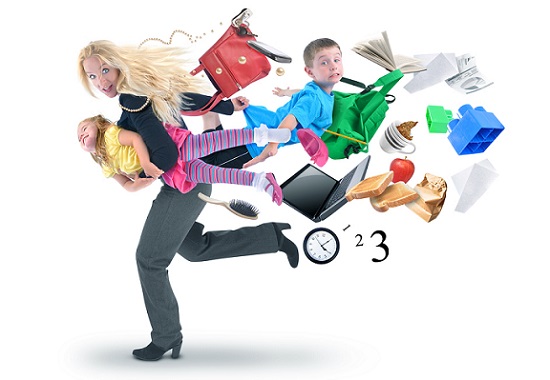 Never has a government taken so much cash…

…from families in an election year…

If single parents felt disappointed by the last federal Labor government, they have no reason to feel relief at the election of Tony Abbott’s conservative government.

While Abbott’s cornerstone family policy – the paid parental leave scheme – will benefit a few single mums, most will miss out. The vast bulk of mothers who qualify for the PPL will be working, partnered parents in the higher income brackets.

But families receiving cash from Centrelink have done very well indeed with the appointment of NSW Liberal senator Marise Payne to the position of Minister for Human Services.

The administration of Centrelink, part of the Human Services department, was criticised repeatedly during the term of Payne’s predecessor Victorian Labor senator Kim Carr.

Payne has a long commitment to social issues that has often hampered her political career in the conservative Liberal Party. After shooting to prominence in the late eighties as the first female national president of the Young Liberals, Payne’s political career languished for ten years largely because of her progressive social views.

But Payne is now an established senator, self-appointed representative of Western Sydney and respected in social policy circles around Canberra.

That is the good news, but there are challenges ahead for Payne and the government.

Payne herself says among the biggest is constructing the controversial paid parental leave scheme. Marise Payne will be the minister responsible for implementing that most core of Tony Abbott’s election promises.

“The Department of Human Services has a number of important commitments, including delivery of the Paid Parental Leave Scheme,” said Marise Payne on her first ministerial visit to a Centrelink office, “and delivery of the Job Commitment Bonus.”

Single mums forced onto Newstart when their youngest child turns eight may be looking carefully at how Payne constructs the rules and eligibility for the Job Commitment Bonus Scheme.

It is supposed to be $2,500 paid to people aged 18 to 30 who have been unemployed for twelve months or more when they find and keep a job for 12 months or more.

There will be a further payment of $4,000 if that person remains in a job and off Newstart or Youth Allowance for a continuous period of 24 months.

Single mums and other Newstart recipients will want to know if their bonus will be affected if they take a casual job for a week or if they have part time earnings from work plus part Newstart payments.

Newstart’s income test threshold of just $62 per week is supposed to be going up to $100 under laws that Labor had drafted, so single mothers will be particularly interested to see if Payne can deliver that big change.

The number of long term Newstart recipients has risen from 300,000 to 500,000 since the global financial crisis said Cassandra Goldie, the chief executive of the Australian Council of Social Services (ACOSS).

And the fact they receive $150 per week less than pensioners is major issue the new government needs to address, according to ACOSS

“The [Abbott] government will have to repair disability services, schooling, aged care, Aboriginal and Torres Strait Islander communities, and the $150 gap between weekly “allowance” and “pension” payments,” said Goldie.

The current base rate of parenting payment single was indexed up in September to $699.90 per fortnight, including pension supplement but not including rent assistance, Back to School payments or Family Tax Benefit A or B.

The current base rate of Newstart is just $542.10 per fortnight for parents – and $501 for people with no children.

And Newstart comes with a much harsher payment taper for people declaring income from work.

While Labor was starting to consider a $50 per week rise in Newstart payments, there are no indications that the Abbott government has any interest in raising payments.

Minister Marise Payne said she will continue Centrelink’s development of online services and a myGov digital mailbox for all Australians.

Perhaps single parents can take heart from Tony Abbott’s election night acceptance speech when he boldly declared his government “will not leave anyone behind.”

The Abbott government will be judged harshly if it fails to meet this pledge said Cassandra Goldie. 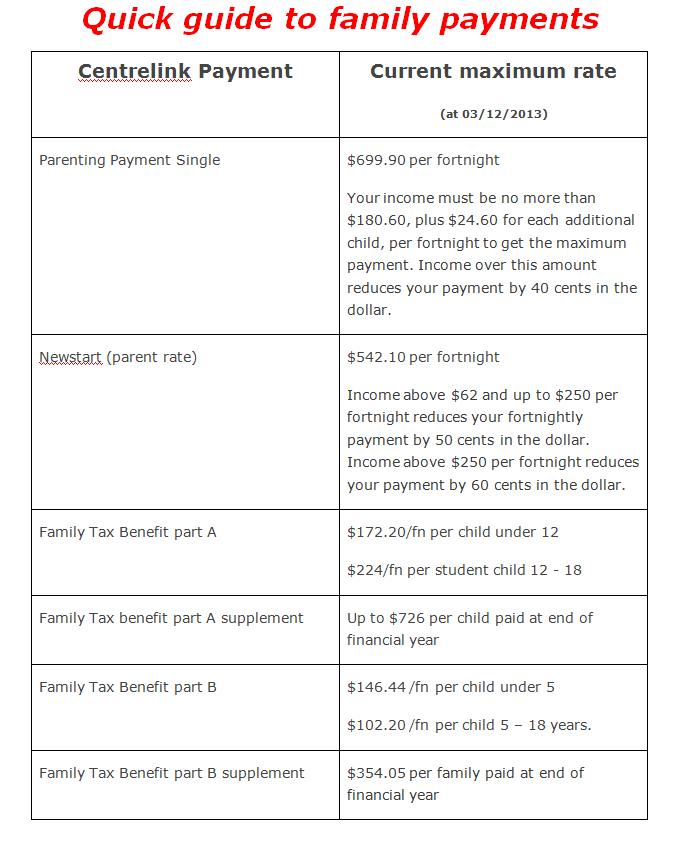 Have your say on this story – make a comment below!