Single Parent Families Forced Onto Newstart And Into Poverty 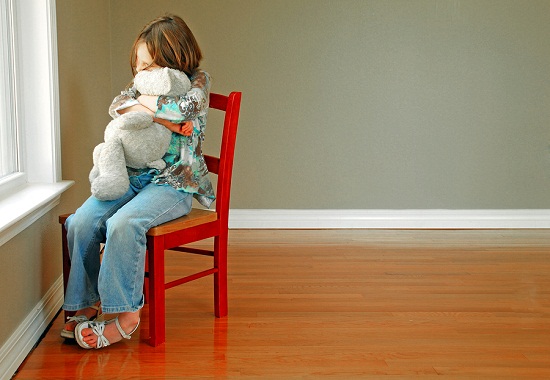 The January 2013 policy changes pushing single parents onto Newstart Allowance has been justified as a way to motivate parents to get work. This justification amounts to empty spin when the details are unpicked.

Economists usually attribute motivation for people to do something through being rewarded. In this case the public is asked to believe that increasing the financial penalties of working will motivate people to work more.

How does the policy change financially punish working single parents? The main financial blow comes from the increased rate of clawback on earnings. Parenting Payment Single recipients can keep more of each dollar earned, with a higher threshold of earnings before the clawback kicks in. There is also a per child adjustment to the earnings threshold for Parenting Payment Single which does not exist on Newstart Allowance.

The cumulative effect of these changes means that single parents of two ore more children who have already been working part-time will lose much more income, compared to those who have no paid work.

Employment research is clear that external factors have a much greater determinant role in employment outcomes, relative to personal factors such as attitude. For parents to gain employment there needs to be access to suitable jobs, qualifications and training, child care and transport. Parents also need to have secure housing, safety, good health and healthy children in order to be available for work.

Poverty research consistently identifies that single parent families experience the highest levels of poverty of all family types, meaning that they struggle to find affordable housing, struggle to meet household bills, have poorer health and are less able to afford health care.

Many single mothers have been forced to end relationships due to domestic violence, meaning that they have had to abandon possessions and are unlikely to have access to any financial share of property of the partnership. These women have also to deal with physical and emotional health consequences of violence for themselves and their children. Some face continuing legal battles over their children’s exposures to ongoing violence by the father and ex-partner.

These individuals were thought to need to learn how to get out of bed and comb their hair, how to wear clothes and how to apply for a job. These patronizing visions of the deficiencies of unemployed people were simply extended to include single mothers. These women who had already packed their children washed, dressed and fed off to school by the time they came to the employment service, were then to learn how to be presentable.

The protections which were originally built into John Howard’s Welfare to Work policy have been systematically and roundly ignored.

Victims of domestic violence MUST be offered a 16 week exemption from participation say the regulations, yet hardly any victims report being given the exemption. Before being required to take an available job, parents were to be offered the Financial Suitability Test which was to show that, after payment reductions, taxes, child care costs and transport costs, parents would be better off by at least $25 per week. No mother has identified that her job offers were scrutinized in this way by the employment service provider.

These systemic deficiencies in implementation illustrate that such protections are seen as window dressing to get harsh policies through the Parliament and bear little or no relation to what is being done to parents in practice.

The government line that ‘a job is the best form of welfare’ only ever holds true if there is a suitable job available to that individual. Parents living in country areas face extremely limited employment, transport and child care options. Many parents have opted to live in the country to gain more affordable housing. Those in high rent areas face having to move, taking children from school and leaving family and neighbourhood supports.

When people are living on very little they first stop going out and spending any money on transport and recreation. Children stop participating in community sports and cultural activities. The car breaks and stays broken and unregistered. Clothes are often second-hand. Next they sacrifice food, finding the cheapest options and going without.

I remember one six year old boasting proudly to me that she had learned not to be hungry any more.

The next thing to go is pets and valued possessions. These go to the pawn-shop. Toys, furniture, televisions, computers, phones, DVDs get sold to pay bills. Next to go are medicines – painkillers, asthma medication, blood pressure, heart medication – become hard to afford. Rising bills eventually mean that electricity, gas, water and phones get cut off. Living in candle light, carting baskets to the laundromat, eating fast-food, showering in public facilities becomes normal. A family that previously had a happy little home, is transformed into an isolated bunker in the dark.

She later acknowledged she was wrong, but the comment served to reveal the depth of ignorance at the top about the lives of people in poverty.

This government knows the research which clearly identifies the developmental significance of appropriate care for children, yet has set about dismantling the support system which has enabled most families to do a ‘good enough’ job.

The consequences of increased poverty combined with increased demands on parents means that children living in disadvantaged contexts will have less access to parental support and care.

A mum at home with the children after school can chat about their day, soothe upsets, celebrate achievements, have playmates over, supervise home-based activities and help with homework. This goes a long way to buffering the impact of raising a child alone. If mum is required to work after school the children must go into care or come home to an empty house, with no-one to talk to, no snacks, no playmates, no supervision and no care. Fights between siblings, accidents, roaming the streets and isolation mean that children are at risk.

The rising rate of children being taken into alternative care is testimony to the policy failures which are dismantling families’ abilities to support their children.

There is widespread acknowledgement across the community that Newstart Allowance is too low to live on.

Whilst families also receive Family Tax Benefit payments, this does not translate to adequate income to meet standard living costs.

The government can act to address the work disincentives in its current policy by increasing the payment and the earnings threshold, with a per child adjustment, reducing the clawback on earnings and providing increased support for child care.

Currently it is simply further disadvantaging the most disadvantaged families on the basis of one-line spin statements based on the fantasies of well-paid bureaucrats about ‘the poor’.

Dr Elspeth McInnes AM is a researcher sociologist in the School of Education at the University of South Australia, and is also a member of the SingleMum.com.au Expert Opinion Panel. She has a long history of advocacy for single mothers through the National Council of Single Mothers and their Children (NCSMC), the Australian Council of Social Services (ACOSS) and Women Everywhere Advocating Violence Elimination (WEAVE ). In 2006 Elspeth was awarded a Member of the Order of Australia for her work on behalf of single mothers.