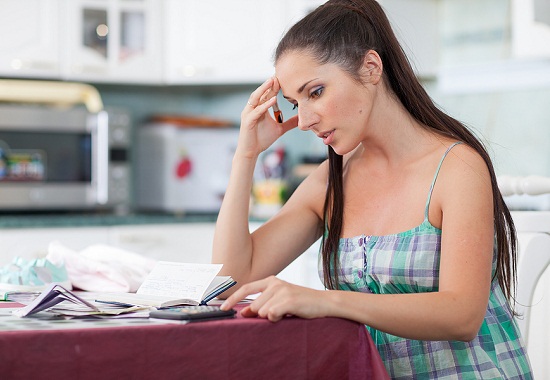 The Child Support Agency assists with this task but parents can still be left out of pocket by the intransigence of their former partners. And the CSA’s complex formulas, income tests and claw back rates can cause single mums plenty of confusion and even anger.

“The biggest winner of the child support system is in fact the Australian Government,” said Michelle Wingett, a single mother and member of the National Council of Single Mothers and their Children.
Michelle has researched child support extensively and written submissions to the federal government about what she regards as a grossly unfair system. “It is most shocking when neither the payer or the payee have a large income and you really do have to start asking why, especially when it costs on average 34 cents in the dollar to transfer a dollar a of money through the child support system.”

Recent changes to family tax benefit for teenagers have highlighted for many parents how the complex child support system can affect their overall income.

Since the age limit for family tax benefit moved from 16 years to 19 years on 1 January 2012, thousands of families have switched payments to secure up to $162 extra per child per fortnight.

“Some mothers who did choose to switch over to Family Tax Benefit are getting less money now than they did before the changes,” said Terese Edwards, the chief executive officer of the National Council for Single Mothers and their Children.

“That is because they don’t understand the Maintenance Income Test, which most people don’t even know exists but which determines their family tax benefits.”

One mother who has been totally confused by the change and has found getting straight answers can be difficult is Natalie from Boronia in Melbourne’s eastern suburbs.

“My son turned 16 in October 2011,” said Natalie “and we went through a mountain of paperwork to put him on youth allowance.

“When I heard that that the age limits changed, I used Centrelink’s online calculator to compare payments and it showed that I would be better off to change him back to FTB as the fortnightly amount would be only slightly higher but I would receive a tax bonus in July.

“But I had received a lump sum payment of owed Child Support and I wanted to ensure this would not make any difference, and Centrelink confirmed that I would still be better off to change back to FTB, although it would take 21 days to process.”

“Then I was informed that my FTB would not be increasing and in fact I would be having a decrease in my rent assistance, due to the lump sum Child Support payment that I had received this financial year!!

“So, now I have had get us off the FTB and complete a mountain of paperwork to return us to the Youth Allowance, in the meantime I was informed that I would not be entitled to a back payment for payments missed and they only take the Youth Allowance from the date of lodgement, so now I’m missing out on money.”

Michelle Wingett thinks the MIT is discriminatory and unfair on single parents.

“The M.I.T. is harsh, very harsh. They claw-back fifty cents for every 1 dollar you are entitled to receive in child support over a very low threshold.

“Compare that to the claw back rate for the FTB income test, which affects low income two parent families mostly and is 20 cents in the dollar over about $46,000.”

The minister for human services, Brendan O’Connor told SingleMum.com.au that parents who think they are worse off as a result of switching to family tax benefit may find they get a bonus payment at the end of the financial year.

“If a family is worse off after changing to family tax benefit, they can switch back to Youth Allowance if the student is under 18, in full time secondary study, and were receiving Youth Allowance on 31 December 2011.

“They may find, however, that they are better off on FTB when FTB is reconciled at the end of the financial year.”

These complex issues affect 1.4 million parents and 1.2 million children who are registered with the child support agency. Often working out the best payments is just the start of the stress because collecting child support can be more difficult than estimating it.

The latest data from the CSA reveals that 45 per cent of the 768,000 registered paying parents (mostly fathers) have their child support taken compulsorily from their pay every fortnight.

29 per cent have a child support debt and some of those debts are huge. As at December 2011, CSA debts averaged almost $5,300 and total almost $1.2 billion nationally.

Those are the mind boggling national numbers. They serve to remind single mothers that you are not alone in dealing with the financial stress of separation. Thousands of other families are going through the same complex process as you are. And right now is the peak time of year for families to be facing up to payments issues.

Last week, Centrelink’s website crashed intermittently under the weight of hundreds of thousands of hits as parents and students try to sort out their payments at the beginning of the school year.

“The Centrelink website experienced intermittent issues on Monday,” a spokesman for the Department of Human Services told Singlemum.com.au “However, these issues have now been successfully resolved and the website is running as normal.

“Customers can be assured regular payments will be processed,” said the departmental spokesman.