Complaints about Centrelink and Child support 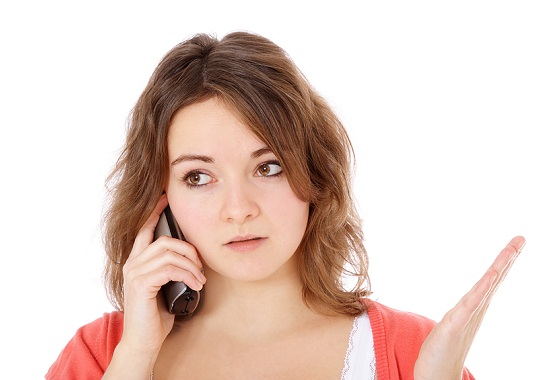 However it is possible and if you genuinely feel a mistake has been made, gather your evidence and prepare to run the gauntlet of call centres, review officers and appeals tribunals.

Any single mum who hasn’t had a tense conversation or meeting with Centrelink or the Child Support Agency (CSA) is a member of a tiny minority of very lucky individuals.

Centrelink says they want to hear your complaint but won’t respond if you abuse their staff. That sounds fair enough. You must provide specific details of letters you have received and phone calls you have had, so have a note book and pen handy when you get on the telephone.

While calling Centrelink can involve a long wait time, it can be worthwhile. Ninety per cent of callers reported they were satisfied with the outcome of the call they made to Centrelink in last financial year, according to Centrelink’s latest Annual Report.
You have the right to ask for a review on almost every decision made by Centrelink or the Child Support Agency. There is no cost and while the chances of a successful outcome for you are not great, they can be improved by sending in new information or fresh evidence of your earnings that has not been previously provided.

There are hundreds of thousands of Centrelink and CSA decisions reviewed each year. And more than 12,000 people took their complaint about Centrelink or a Centrelink decision all the way to the Social Security Appeal Tribunal (SSAT) last year. 2,526 of those applications for review concerned child support issues.

The SSAT is supposed to try and finalise its decision within three months of receiving the application. Last financial year, the average time from registration of an application for review to hearing was five weeks.

However 39 per cent of people who took their child support issue to the SSAT had at least partial success last year.

65 per cent of those successful applications to SSAT from Child Support Agency clients relied on new information being supplied, 22 per cent were due to an error of fact by CSA, 7 per cent resulted in an agreement between parties and 7 per cent came down to an error of law by CSA.

The good news is that the numbers of these serious complaints and issues have been trending down in recent years. The SSAT reports applications fell 11 per cent compared with a year ago and have been on a downward trend since 2009. Child support complaints or applications to SSAT for a review of a CSA decision have also been trending down in recent years – five per cent down last year. That possibly indicates improvements in service delivery in recent years following big investment in technology and a big review of the CSA by David Richmond which was completed in 2009.

Richmond’s “Delivering Quality Outcomes” report realigned the focus of the CSA, away from balancing the demands of the mother and father and towards collecting money for the benefit of the children.

David Richmond identified the five biggest issues that infuriate parents about the Child Support Agency. In order of the numbers of infuriated parents, they are:

Some of these issues relate to policy matters and are not able to be appealed. For example, when a single parent receives a lump sum payment of owed child support monies, she will almost certainly also be hit with a family tax benefit (FTB) debt and lower FTB payments.

Almost one hundred thousand single parents reliant on Parenting Payment Single (PPS) had debts raised in their name by Centrelink last year. And the Welfare Rights Centre estimates that over ten thousand single mothers were ‘dobbed in’ to Centrelink’s tip-off line last year because conscientious members of the community thought they didn’t qualify for the riches of Parenting Payment Single (PPS).

108,000 Centrelink recipients were reported as not qualifying for their payments last year, often anonymously, wrongly and maliciously.

“About ten per cent of calls to the Centrelink tip-off line involve single mothers on parenting payment and are typically alleging the mother is in a marriage-like relationship and therefore should not be receiving the PPS,” said Gerard Thomas, Policy Officer at the Welfare Rights Centre.

“Many are simply vexatious, often from former husbands or aggrieved individuals…”

“Many are simply vexatious, often from former husbands or aggrieved individuals.

“Sometimes Centrelink goes to the trouble of putting the mothers under surveillance only to discover that the people entering the house are not in a marriage-like relationship with the single mum at all.

“Sometimes Centrelink finds that a person going the front door is there to mind the children while the mother is leaving for work out the back door.”