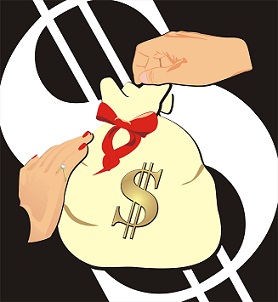 In a break up – do you say goodbye to Super?

If you and your de facto partner separate – do you say good bye to part or all of your hard earned super? Maybe, says Erin Smyth.

Following the passage of new legislation in December 2002 superannuation entitlements are now considered property and can be properly divided and transferred. Further provisions that apply to splitting the super entitlements of same and different sex de facto couples came into effect in South Australia in 1 July 2010.

Can my ex claim a portion of my Super?

Your ex partner may make a claim to your super by applying to the Family Court. For the Family Court to hear a claim of this nature the parties must have been in a de facto relationship and one of the following criteria needs to be satisfied:

• together for two years or more; or

• have a child from the relationship; or

• your ex partner must have made a substantial contribution to the relationship; or

But none of the above criteria needs to be satisfied if you and your ex partner reach an agreement whereby a portion of a partner’s super will be transferred to the other.

How does Super get split?

Two ways that superannuation interests can be divided are pursuant to a Superannuation Agreement or by a Court Order.

If you and your ex cannot reach an agreement regarding superannuation then the Court can make orders that set out how superannuation is to be divided.

There are two types of super splits, a ‘base amount split’ and a ‘percentage split’.

For example if Tony agreed to transfer $50,000.00 from his super fund to Christine’ super fund then this would be a base amount split.

However if Tony agreed to transfer 50% of his super entitlement to Christine’ super fund then this would be a percentage split.

What type of split is best for you depends on many factors including the assets of the fund. Parties need to get their own independent advice as circumstances vary.

Erin Smyth is a Lawyer at Camatta Lempens Adelaide who specializes in Family Law matters and de facto matters – phone 08 84100211.

Erin has a Bachelor of Laws and Legal Practice and a Bachelor of Arts. Erin has practised exclusively in family law and de facto law since completing her degree in 2007. Erin commenced as an Associate of Camatta Lempens in July 2009. She has experience in all areas of family law and de facto property matters and also matters involving children more…