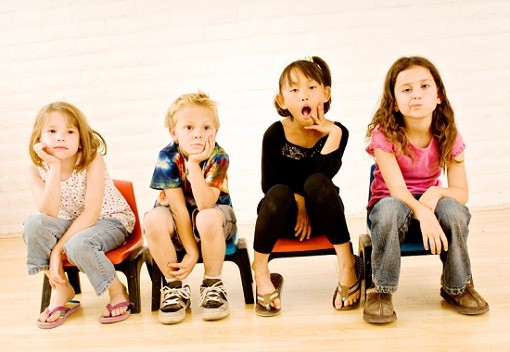 Must read for single parents –

Three big government inquiries in recent years have highlighted massive inequalities in the government’s treatment of single mothers but the only actions that are being taken are improvements to inefficient service delivery.

Incredibly the government remains steadfast that child support debts are not as important as debts owed to the government itself. Despite all the rhetoric about catching ‘dead beat dads’, every single mum who is owed a debt by her ex-husband must wait in line behind the tax office, Centrelink and any other government department their ex-husband is indebted to.

If a single mother does get some owed child support, it will come with a family tax benefit debt notice. And single parents still face very harsh income tests and very low income thresholds for their family tax benefits.

In addition to forcing young mothers back to education and mothers on single parent payment onto unemployment benefits, a myriad of federal government policies seem to work against all single parents, not just those solely reliant on Centrelink.

David Richmond’s “Delivering Quality Outcomes” inquiry into the Child Support Agency in 2009 found that the agency had lost sight of its core goal of collecting child support.

Yes you read that correctly – the CSA had stopped focussing on collecting money for kids. It had been refocussed by a previous ministerial taskforce in 2006 and was busy listening and responding to the concerns and complaints of fathers.

“The Program has shifted from one focussed primarily on collection and transfer of child support for the benefit of children, to a more holistic service delivery approach,” concluded Richmond.

“Hand in hand with this shift, there has been a significant deterioration of the Program’s ability to achieve its basic purpose of ensuring that the child support is paid in full and on time.”

Consequently, total child support debts soared and CSA is only now starting to refocus back on collection as their primary function.

Now, 45 per cent of parents paying child support have their payments taken compulsorily from their pay packets every fortnight, according to the latest data from the Department of Human Services.

Richmond’s review has led to some big improvements in child support and the CSA’s internal management and IT systems. However that review, like others, specifically excluded questions of policy that seem to treat single mothers like second or third class citizens.

So you might be surprised to learn that when the government catches up with those ‘dead-beat dads’ the last debt that is recovered is their child support debt. Tax office fines and debts, Centrelink debts and Family Tax Benefit overpayments are all considered more urgent and important than monies owed to mothers and their kids.

www.SingleMum.com.au has confirmed this with the Commonwealth government’s Department of Human Services.

So all that talk about chasing ‘dead beat dads’ is just that – empty politician’s talk. And if mum does finally get some owed child support monies, she can expect Centrelink’s Family Assistance Office to immediately raise a family tax benefit debt in her name.

After the first $1,402.00 (plus $467 for each additional child) of child support received (per year), Centrelink’s Maintenance Income Test (MIT) kicks in and reduces Family Tax Benefit Part A by 50 cents for every 1 dollar of child support.

On the face of it, that is much harsher than the standard taper rate applied for family tax benefits, which is 20 cents per one dollar of income over $46,355.00.

“The reason the FTB taper is set to 20 per cent for earned income is to reduce disincentives to work, as income above this level is generally also subject to taxation,” said Martin “A 30 per cent taper applies for income over $94,316.

“As child support received by a parent is not taxed, the 50 per cent taper rate under the MIT takes this into account.”

But wait, there’s more. Single mums can have their FTB payments reduced by the MIT even if they don’t actually receive any child support. Martin says all payments are reconciled at the end of the financial year.

…what many mothers don’t realise is they can ask for their FTB payments to be based on actual received child support, not the child support assessment…

What many mothers don’t realise is they can ask for their FTB payments to be based on actual received child support, not the child support assessment. You probably don’t know that because that crucial piece of information is not included in most letters from Centrelink or CSA.

If you are confused by all this, you’re not alone. Terese Edwards, chief executive of the National Council of Single Mothers and their Children, says families suffer because of the complex child support, family tax and parenting payment systems.

“The system is unfair for single mothers and there is a concentration of child poverty and financial stress in households headed by single mothers. Sole parent pensioners don’t get the $500 utilities allowance that aged pensioners get for example,” said Edwards “and the current Parenting Payment Single rate is just $321 per week. The government’s Harmer review (in 2008) into the adequacy of pensions excluded Parenting Payment Single while aged pensioners received big pay rises flowing out of that.”

Edwards also highlights a recent broken promise by politicians that will potentially shift another 28,000 single mums onto the dole.
“Pre-2006 sole parents with 12-15 year old children face Centrelink payment cuts of $58 per week from January 2013 as they are forced onto unemployment benefits and that is breaking a commitment made by the Howard Government and honoured by Labor until now,” said Edwards.

The new rule was only supposed to apply to ‘new entrants to the system’ from July 2006 and not to mothers already receiving PPS.

That arrangement lasted six years, the children involved are turning 12, and last month Labor Treasurer Wayne Swan reneged on the commitment in the search for budget savings.

So if you suspect that you and your family are not being prioritised by the current system, you aren’t being paranoid – single parents and their children are definitely being short-changed by Australia’s politicians and governments – left, right and centre.