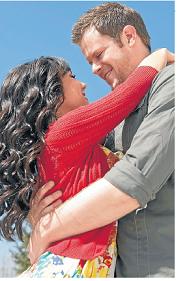 
Single parents often experience stigma about their dating choices, but there’s no reason why they shouldn’t take a second chance on love and companionship, writes EMMA SPILLETT.

First dates breed nerves about awkward silences, splitting the bill and whether you should lean in for a good night kiss.

Single parents experience the usual first date jitters, compounded with fears of leaving their kids at home and the
prospect of introducing a potential suitor to their child.

While most single parents show a reluctance to re-enter the dating scene, Dapto counsellor Irene Dungey recognises a broad spectrum of relationships exist.

“Some parents are quite happy to rush into newlove but every situation is unique,” she says.

“It really depends on their past relationship and the
understanding they have about
how dating can affect children
and their home life.”

Dungey says parents often
avoid dating if their past
relationship breakdown was
damaging.

She believes parents carry the added burden of considering their children’s fears as well as their own anxieties about trusting someone new.

“If they have come out of a difficult relationship, some parents don’t want to disturb the settled, stable and balanced life they’ve created,” Dungey says. “They’re in a place where they’ve found freedom so they could see dating as moving forward too fast.”

bellacharra boutique hotel owner Gregg Currie had similar fears about being a single parent in the dating world.

The Gerringong dad has been a full-time MrMum since his 10-year-old son Jak was six months old.

“I suddenly had a child and I was trying to be the CEO and the dad and dating as a single man and itwas incredibly hard,” he says. “It sort of went Jak,work, life, dating and I had to put dating at the bottom as a matter of survival.”

As Jak grew up, Currie realised the value in having his own life and now swears by the mantra of being a “person first and a parent second.”

“I think I’m a better parent when I’ve been out with friends, had dinner, drinks and a laugh and my own time; it makes me a happier, more relaxed dad,” he says.

“I see a lot of single parents who forget to be a person first and they’re strung out and stressed.”

Bara Bryan recognised the isolation that many single parents experience after her divorce nearly four years ago. She created website singlemum.com.au to offer support for single mothers and the site now attracts thousands of users annually. The website’s forum includes links to single parent groups across the country as Bryan agrees that time in the adult world is critical.

“Having a life away from your children is vital but for many single mothers it can be really hard,” she says.

“A workplace gives people the chance to discuss politics and what’s happening in the news, which you can’t get with a four year- old, so finding time to have interactions with adults and just some down time from being a parent is so important.”

She argues the advent of online dating has made it easier for single parents to find potential love and friendship matches.

“The reality is that single parents aren’t going to bars so the internet is a good way for them to be up front about the fact they have a child and specify what they want in a partner,” she says.

Despite the growing number of single parent families, Dungey says parents still experience a stigma about their dating choices. “The majority of people still

think marriage should last forever so I think parents feel a sense of failure and worry they will be judged if they leave their child at home to go on a date.”

“People have that image of the single mother with the cigarette hanging out of her mouth, four kids to different fathers,waiting around the welfare office and it’s really unfortunate.

“Single mothers are not a drain on taxpayer dollars and many are divorceeswho have worked full-time but now have to stay home to look after their children.

“I think as long as parents look after their kids’ needs, there’s no reason for them not to spend some time away from them.”

For single parents getting back into the dating scene, Dungey recommends introducing the idea of a new person gradually.

“If you find someone that you’re interested in, arrange to meet them but give your children an idea of what you’re doing,” she says.

She stresses honesty is the best policy and parents should not keep their dating life secret. Currie agrees and says Jak always knew what was happening in his dad’s dating life.

“Even when he was young, I would say ‘I’m having dinner with a girl’,” he says.

“When I came home, I would tell him the child-friendly details about the date – it might have only been big picture stuff but it meant that he felt included.” Dungey says parents need to consider different approaches to discussing dating based on a child’s age.

“With teenagers, the key is to talk with them, rather than at them,” she says.

For younger children, Dungey recommends keeping information simple. “Children don’t have the problem-solving skills of teenagers so you’ve got to approach the conversation in a different way,” she says.

“Children do perceive things differently so it’s important that you put yourself in their shoes and understand how they might be feeling.”

Ultimately, an announcement of a parent’s decision to date is likely to meet resistance. Dungey says it is important that parents delve into their child’s concerns. “Children do experience loss and grief because they’re used to seeing mum and dad together, it’s what’s familiar to them,” she says. 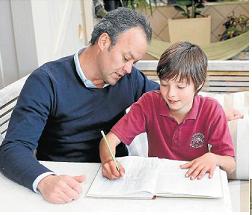 Common fears include worries that a new partner will replace their “old” mum or dad or take the parent’s attention away from the child.

Putting the child at ease is vital and Dungey recommends reassurance. “You just need to reinforce that mum or dad is still their parent and that will never change.”

If parents are thinking about introducing someone new to their children, Bara says they need to be confident about their mate. “Younger children tend to attach more quickly so I think parents need to ensure the person they are seeing is safe and their intentions are honest before they introduce them to their child,” she says.

Although Dungey cannot give an ideal time period for introductions, she recommends taking initial meetings out of the home.

“Somewhere like a park is great for young children as it gives them a chance to play, so
the focus is not on the interaction between them and the new partner,” she says.

But what about suitors entering the world of a partner/ child package? Dungey says the key to managing the relationship is patience.

“They need to recognise there are lots of things happening for a child and understand what the child has been through,” she says. Bryan agrees and says potential partners need to be understanding.