Why I知 going to Nepal to help end domestic violence

In September, I am travelling to Nepal with Australia’s CEO Challenge. I will be trekking and also working with local women, who are single, illiterate and dreadfully poor. I will be paying my own way there. 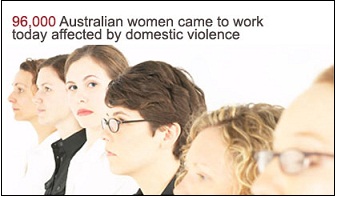 State, back then there was no domestic violence legislation. It seems hard to credit it, as the Domestic and Family Violence Protection Act has been a part of the landscape for so long, but back then it didn’t exist. It required an inquiry, initiated by the then National Party government (remember that this was pre-Fitzgerald), about domestic violence to give a clear recommendation for legislation, before that legislation was enacted. Over that time, I have acted for thousands of survivors of domestic violence.

The effects of domestic violence are devastating, and can last forever, permanently scarring someone’s mind with awful thoughts. I remember asking a client in 1994 what was worse: when her husband beat her seemingly within an inch of her life, or being called all kinds of horrible, painful, abusive names. For her the answer was simple: “The names. Because the pain does not go away.”

The actions of domestic violence can at the most extreme lead to family homicides- the types we have seen too often of the murder/suicides, or even the battered woman in an act of desperation killing her tormenter. I have come to learn over those many years that regrettably, domestic violence isn’t caused by alcohol or drugs (though there can be a strong correlation), it isn’t confined to one race or type of people (though it is more common with the less wealthy), and neither sex has a monopoly of good or evil. 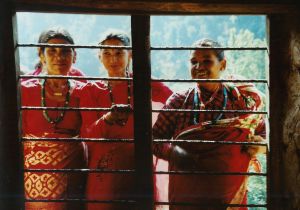 1. It partners businesses with refuges.

Australia’s CEO Challenge is the only charity in the country that does so. it is unique. Suddenly businesses are helping with refuges, by offering mentoring, and fundraising or provision of supplies. There are few things more satisfying to me than going to a refuge and hearing from women who stayed there about how Brisbane City Council (which was a partner of that refuge)supplied and installed play equipment, enabling the kids staying there, to do what kids do best- to play, and relax. When I heard that story, I thought: “In my own little way, I helped that happen. i made a difference to the lives of those women and children.”

3. With a small amount of money from the Queensland Government ($20,000 a year over 3 years), Australia’s CEO Challenge co-ordinates White Ribbon Day events in Queensland.

25th November each year is White Ribbon Day, or as it is otherwise called the UN International Day for the Elimination of Violence Against Women. Naturally, I prefer to call it White Ribbon Day, as it is less of a mouthful. Events highlight the fight against domestic violence and the community, especially men, saying that they will not commit domestic violence, will not condone domestic violence, and will not be silent about domestic violence. I am going to Nepal to help there, and also to help raise money for Australia’s CEO Challenge here. Please donate. If you can help by donating, your help is greatly appreciated. You can follow my progress and also donate here: Little Stevie Helps End Domestic Violence.If you can help in any other way, such as partnering a refuge, or helping to end domestic violence, email me: lilstevieconquersDV@gmail.com or call me: 07 3221 9544.