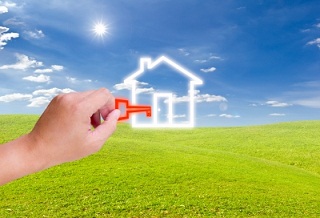 The need for one party to relocate with the child of a marriage or relationship can be one of the most difficult issues to deal with after separation. Relocation occurs when one parent wants to move residence after separation. The proposed relocation can be overseas, interstate or even to a different suburb or town within the State or Territory in which they are residing. Issues arise when the proposed relocation is so far away as to interfere with, or, adversely affect the time that the non-resident parent (the parent with whom the child does not live) will spend with the child.

The first step to take if you are the parent who wants to relocate is to try and reach agreement with the other parent. Ideally you should be able to reach an agreement that works for both parties. One effect is to vary the time the other parent spends with the child such as providing the non resident parent with longer periods of time with the child during school holidays. The non-resident parent may also consider moving interstate or to a closer town or suburb. If an agreement can be reached at this stage then such an agreement can be made legally binding by way of an Application for Consent Orders that is filed with the Family Court of Australia. A Consent Order is a written agreement that is approved by the Court. It can cover parenting arrangements for children and also financial arrangements.

If you can�t reach an agreement and the other parent refuses consent to your proposed relocation then you are able to apply to the Court seeking a Court Order that would permit you to relocate with the child. It is most important not to unilaterally relocate without an agreement or Court Order in place. If you do so then the other parent can apply to the Court and request that an order be made requiring you to return with the child until the Court has considered the case.

In making an application to the Family Court you must file two documents, the first is an Initiating Application. This Application sets out the orders that you want the Court to make. The second document is an Affidavit, which sets out the evidence that supports the orders you are asking the Court to make. In relocation matters a party�s Affidavit would include information such as why you want or need to relocate and where you want to relocate to and why such a move would be in the best interests of the child. These documents must then be served on the other parent who will have an opportunity to respond with their own set of documents.

A party needs to be aware that the Court has the power to make orders that prevent a party from relocating and a Court order could be made that requires that party to remain living in their current location. The main consideration of the Court in any relocation case before it will be �what is in the best interests of the particular child in each case�. Case law has suggested that what is in a child�s best interests is the not the sole consideration and that weight is now also given to a parties right to freedom of movement under section 92 of the Australian Constitution.

Relocation matters are therefore about balance and attempting to recognise the right to one parent�s freedom of movement, the best interests of the child and the desire of the non-resident to spend time with the child. Often this balance is extremely difficult to achieve and these matters are seen as the most arduous of cases to be determined.