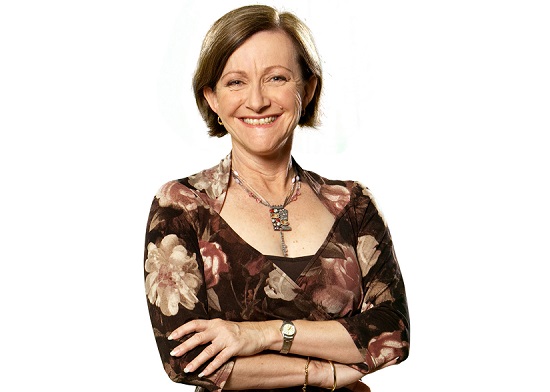 it is hard to believe that successive Australian governments

have chosen to punish Single Parents by cutting payments

With the Federal Budget almost here, many of us will be waiting to see if the Government changes its unfair approach towards some of the most vulnerable people in our community, including the 84,000 single parents recently moved to Newstart Allowance.

These 84,000 parents have joined all those families who have been on Newstart as a consequence of John Howard’s Welfare to Work so-called reforms in 2006.

When you think about the realities faced by single parents, it is hard to believe that successive Australian governments have chosen to punish them by cutting payments. The reality is that all the evidence makes it clear that single parent families are some of the most vulnerable in our community.

I was in the Senate in 2006 when Welfare to Work was pushed through the Parliament (we opposed it then like we oppose it now). Back then, the ALP spoke out against it, but last year they chose to cut payments further in order to try and deliver a budget surplus on the backs of vulnerable people.

The Greens were the only party opposing this latest round of cuts, while the ALP had the audacity to claim they were delivering fairness and helping people into work.

It is fundamentally clear that Newstart Allowance is not an adequate payment for people to survive on, especially when they’re raising a family.

Not only is Newstart inadequate to live on, there is not enough support to help people overcome barriers to work and find work.

More than 60% of people who receive Newstart have been on the payment for more than 12 months and face significant barriers to finding work. That’s a long time to be living on a payment that is more than $130 per week below the poverty line.

In addition to the lost income support, other areas have also been affected by this policy of transferring parents onto Newstart. The Government has made it harder to access job service providers and despite Government promises that people will keep the Pensioner Education Supplement, which is invaluable for people looking to study as a way of building their skills and knowledge we are getting reports that some have lost it.

Furthermore, parents who were already combining part-time work with raising a family have effectively suffered a double financial penalty – the loss in income support coupled with the fact that on Newstart, a person can earn less income before the payment begins to reduce.

Part time work is often essential for single parents who need flexibility to meet their family circumstances. It can also be invaluable for those people looking to gain some experience, or undertake workplace trials as they transition back into the workforce.

How does the Government expect people to build their employment prospects and capabilities if access to part-time work, education and job services is hard to come by?

The Greens’ ongoing work in this area is to help parents care for their families and find secure, appropriate work, while ensuring they do not slip into poverty. I am pleased that in the face of inaction from the Government and disinterest from the Coalition, the Greens are able to listen to the community and the experts and offer solutions.

We have two Bills before the Parliament which approach this issue in two stages. Firstly, we have a Bill to increase Newstart and the living away from home rate of Youth Allowance by $50 per week. These are two of our lowest income support payments, and our Bill will offer an important, immediate increase.

Secondly, in recognition of the additional pressures faced by single parents, we have legislation to provide an additional supplement payment of $40 per week for single parents on Newstart- helping those parents effect in January, as well as those affected by the Welfare to Work reforms of 2006.

These Bills have been independently costed by the Parliamentary Budget Office and the Greens have identified corrections to the Mining Resource Rent Tax to fund the legislation.

I want to thank those people who have taken the time to call or write to me or one of my Greens colleagues about these cuts. To build this legislation, we’ve listened to your learned experiences, spoken to community groups, taken on board the findings of two Parliamentary inquiries and comments made by the United Nations.

With this Government so far off the mark when it comes to helping vulnerable people, and Tony Abbott as an unacceptable alternative, the Greens remain the only party with concrete, costed policies to start fixing Newstart and helping single parents.

When Wayne Swan stands up to deliver his budget, there must be a commitment to increasing Newstart by $50 a week and to helping single parents.

Anything less than this would ignore the clear message coming from those jobseekers and single parents with firsthand experience of Newstart, and would put even more families at risk of slipping into poverty.

This article may not be reprinted, reproduced, or retransmitted in whole or in part without the express written consent of SingleMum.com.au. This article contains only general information, correct at the date of publication. For advice regarding your own personal circumstances, always seek individual advice from a qualified professional. Read the full Singlemum.com.au Disclaimer here