Cheap For A Reason
The reasons I choose butcher over supermarket 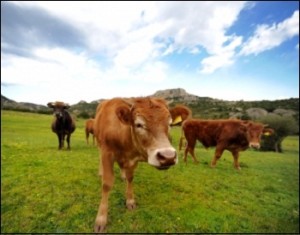 Every supermarket in the country, probably in the western world, has an identical lay out. The huge doors face the lunch snacks, sandwiches, pies, pre-packed fruit and veg (that costs more for a small bag than buying several pieces of the whole produce), smoothies and juices. The aisles move onto fresh fruit and vegetables, again some in prepared bags and ready made salad. You then move onto to fresh meat and poultry. Two or three rows of fridge units full to the brim of plastic trays of a variety of animal produce. Nowadays in the larger stores, not far from the fresh meat you can find the hot food counter. Here more often than not, you can buy a cooked chicken for a pittance, two for not much more occasionally. And these are not the only ‘bargains’ you will find ruthlessly promoted to you the customer. More recently you can take advantage of the mix and match promotions. Three trays of the days bargain meat for the price of two or less. Sounds great doesn’t it, one for the fridge, two for the freezer. In barbeque season, the offers roll in thicker and faster.

But how can it be so cheap? How can the meat and poultry be reared, slaughtered and packaged and even cooked for the final price labelled in store. The answer remains, intensive farming.

I won’t go in to detail on the process of intensive farming, we’ve seen images of dark barns uncomfortably packed full of animals. I won’t debate on the cost cutting that leaves farmers struggling to make a wage, there are countless stories of supermarkets dictating prices so farmers are forced to produce greater quantities of meat, faster. These subjects have been covered many times before. I want to look at the effects cheap meat and poultry have on the nutritional content and taste of the meat we consume by the tonne.

Mass produced meat comes with a price, far greater than the price you pay in the supermarket.

Animals reared in close confinement are at increased risk of fast spreading disease and bacterial infection. Here lies the need for antibiotic administration as a path of course. Even if there is no evidence of illness in the livestock, small long term doses of drugs may be given to the animals in their feed, as a preventative measure. It has also been thought, that these small doses may lead to an unnatural greater weight gain possibly increasing the meat available to sell and giving higher profit. But the long term administration may lead to a chain reaction of unhealthy animals and people. Once a harmful bacteria has been exposed to an antibiotic, if not killed off, it mutates and becomes resistant. The resulting infections cannot be fought off by the antibiotics or the animal’s (or human’s) natural immune system (friendly bacteria) as that has already been affected by the initial dose. 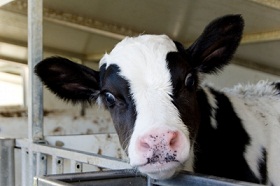 This means yet another dose of stronger drugs to fight a stronger bacterial infection. There has been some speculation that traces of antibiotics fed to animals, stay in the meat even after a period of non-administration before slaughter. If this is the case, a diet including high levels of animal produce will be drip feeding unwanted or needed antibiotic treatment to us, leading to poor levels of ‘friendly’ gut bacteria and leaving us vulnerable to infection. Even more shocking, some antibiotics are toxic at high doses. Some have links to increased risk of cancer, kidney malfunction and pregnancy problems.

Your doctor would take all this into consideration before prescribing any medication. This is almost impossible if you don’t know what you’re eating.
Fast turn around of meat production raises the need for rapid growth of the animal. Growth hormones are given to animals to increase meat and milk production. There is some evidence that the hormones are not fully excreted by the animals and therefore remain in the meat and offal after slaughter. There are negative health implications that go hand in hand with this possibility. Some studies show the link between growth hormones in meat and dairy, and early puberty in young girls. Some researchers even believe that this can increase the risk of breast cancer in later life. The also state that breast cancer is already a risk with excessive hormone consumption, but early puberty may increase the risk just as much. The guys can’t escape risk either. 37,000 new cases of prostate cancer are diagnosed each year. with over 9,000 deaths. Some research points to excessive hormone consumption as a increase in the risk of the disease. As testosterone is one such growth hormone used, and high levels of testosterone are linked to prostate cancer, the claims may have some standing. It is also known that both men and women can experience fertility problems once there is a hormonal imbalance.

Take a step back down the process. To fatten the animal they also need to fed them. If animals are raised in mass production plants, then the subsequent food must be mass produced to cope with the demand also. Cattle feed must be high in protein to encourage fast muscle growth. For this, a good percentage of the meat imported, is fed on a feed based on soy. For example, according to Friends of the Earth, Brazilian beef may account for around 13% of meat imported to the market. In Latin America, soy farms are expanding rapidly to cope with demand for animal feed for intensive farming. It is believed that a lot of the soy grown in these countries is genetically modified and farmers use a cocktail of weed killers, pesticides and fertilizers to ensure an unblighted, fast crop. Not only does this have an effect on the health of the surrounding communities but the chemicals can be passed into the human food chain by consumption. In 2007, a review found that exposure to certain pesticides showed positive associations with non-Hodgkin lymphoma and Leukemia. There have been other studies that show some pesticides may have a link with birth defects and neurological developments in children. It is true that many pesticides have been banned from use in farming, but new types have been developed and it is the cocktail of chemicals used that poses a threat, as the effects of using many types together may not be known.

All meats contain saturated fat, even the leaner varieties. As the fat cells store toxins that aren’t passed naturally, in animals and humans, it is here where our consumption of chemicals, pesticides, antibiotics and excess hormones may lie.

So what do I want from my butcher?

I want to eat beef from free roaming grass fed cows, that grow at natural rates, the same for my lamb. Grass fed animals give meat with higher levels of omega 3 essential fats as a point of interest. I want my pork to reared to a mature age, outdoors as nature intended. I want my poultry to be free range, eating corn and free to forage for insects for food like they would in the wild. I want my meat to be high in protein and full of flavour, not bland and tasteless. And I want my chicken to roast in its own juices, not to fill the cooking tray with water leaving the meal dry and tough. But most of all, I don’t want to eat unnatural chemicals and additives that may make me ill in the future. Is that too much to ask?

Wishing you the best of health. Dan