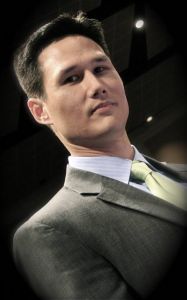 This article has been composed largely from my professional experiences over many years in child protection work and child/family advocacy, from the contributions of professional colleagues, and from the personal testimonies of mothers and children who have been subjected to domestic violence and abuse.

The sociopath is referred to in psychiatric terms as having Antisocial Personality Disorder, which is characterised by an individual’s common disregard for social rules, norms, and cultural codes, as well as impulsive behaviour and a complete indifference to the rights and feelings of others. This condition is included in the American Psychiatric Association’s Diagnostic and Statistical Manual and in the World Health Organisation’s ICD10.

However, the problems presented by the sociopath tend to be mostly social problems rather than symptoms of mental illness or criminal behaviours, although these are not excluded in some sociopaths. It is estimated that 3% of the male population are sociopaths and they inhabit all walks of life, from business and commerce where their ruthlessness can make them highly successful, in politics where their absence of empathy can enable them to be elective autocrats with a capacity for corruption and callousness, in organised crime often involving drug dealing, and in many other professions.

They view the rules and expectations of society regarding acceptable behaviours as inconvenient and unreasonable and impediments to their inclinations and intentions. They are extremely adept at ‘sailing close to the wind’ in avoiding lawbreaking or detection if they do break the law. Although the sociopath is extremely adept at evading detection for criminal behaviour, studies have shown that 47% have a significant arrest record and it is reasonably estimated that up to 25% of the prison population have sociopathic traits.

Sociopaths can be identified in adolescence or even earlier. Children who regularly engage in arson, vandalism, consistent lying, theft, aggression towards others, and the torturing of animals are showing the early tendencies and signs of sociopathy and they are indifferent to parental punishment and pain. “It doesn’t hurt” is often their response and this truly reflects their response and it is accompanied by an absence of any form of remorse for their behaviours.

They are self-centred, narcissistic individuals who are impulsive, manipulative, and consistently untruthful. As sociopaths grow into adulthood they often engage in alcohol and drug abuse and this serves to exacerbate their behaviours and conduct towards others, and they can show extreme violence towards others when under the influence of alcohol or drugs, yet blame the drink or drugs for their actions. They tend to disregard driving laws and requirements for vehicle registration and insurance as of no consequence. They also engage in violence towards their partner in a relationship and on occasions towards their children as they know their offences will be difficult to detect and prosecute.

Yet despite such behaviours, the sociopath adopts an alter ego when with significant others. They are extremely charming, of a calm and collected disposition, and very plausible and persuasive. They can have a group of close friends and even neighbours who consider them to be very friendly and a ‘good bloke’ and will be well thought of at the local pub or club. Such friends and associates find it difficult to believe that such a person could possibly be violent towards a partner or their children. This ‘Jekyll and Hyde’ personality is often referred to by professionals and by partners who have experienced the violence.

In cases of partner violence or child abuse, this dual personality is often clearly apparent and the plausible, manipulative personality enables them to persuade gullible Court officials, lawyers and even Judges, that they are innocent of the abusive behaviours alleged by their children or the violence alleged by the former partner. The sociopath father can be extremely adept at ‘playing victim’ in court processes, accusing the mother of obsessive concerns for a sick child or of actually making the child ill (Fabricated and Induced Illness in Children), or of not ensuring that the child engages in a ‘meaningful’ relationship with the father, when in fact the child has protested loudly that s/he does not want any contact.

The use of Parental Alienation Syndrome has proved to be a highly effective tool for sociopaths to use in disputed court proceedings regarding the custody and contact with children, as they can so readily engage in deception and fabrication, distortion and embellishment of facts regarding events and actions. They are adept at attracting the sympathy of Court officials and lawyers and using them to gain what they see as their rights. Some sociopaths also appear to have infiltrated the Father’s Rights Groups in some countries, where they have been able to bring influence to further enable their domination and control over females.

The sociopath is an emotional shell, with no capacity to feel the pain of others and words only have meaning in so far as they persuade and manipulate others to the sociopath’s views. Feelings and emotions are non-existent but the sociopath is often able to cleverly mimic such emotions when needed and in ways which will deceive the observer into believing they are true emotions.

Protective mothers and partners who have experienced domestic violence have frequently described the onset of such attacks. “I see it in his eyes”, they say. It is beyond hatred and is a ‘demonic stare’. “I know then that I’m in for a beating”. Violent attacks are often followed by pleas of forgiveness which have the appearance of remorse and regret, although the sociopath does not take responsibility for his conduct but blames anything or anyone he can. “It was the drink”, he says or even blames his victim for behaving in a particular way.

In early courtship, female partners have been persuaded by the charming person in the sociopath and only rarely have they seen the violent potential. However, they soon experienced the possessiveness and jealousy of the sociopath and unfounded accusations of infidelity.

The goal of the sociopath father is to attain complete domination and control over his female partner and his means are to create fear, isolation, and total dependency. He seeks to take total control over his victim and will use any means possible to do so. Critical and abusive words and actions are the most common means. Then he isolates his victim from her family and friends and uses financial controls to limit her movements and decrease her self esteem. He systematically destroys her feelings of self-worth, dignity, and security.

If his female victim threatens to leave him, he will often threaten to kill her and their children if she were to do so, and warns her that she will never be safe for the rest of her life. This gives him an immense hold over his female partner but eventually the situation becomes so intolerable, she finally escapes.

“I was 21 years old and a free spirit when I first met John. He was handsome, well spoken, and very charming and soon after our first date, our relationship became serious and we were inseparable. I was oblivious to the red flags that were coming my way because he made me feel good and he was good at mind games – controlling my movements, jealous over past lovers and any other man I was acquainted with.

“He slowly began to strip me of my self-esteem, telling me my clothes were too revealing, that my make-up was done to impress other men rather than him. He’d suddenly stop the car and scream and shout at me and spit in my face, testing for my reactions and saying it was all my fault, never his. However, I stayed with him because I loved him and believed I could help him to change his behaviours. The physical violence began a week after he moved in with me. It started as a slap followed by gushing apologies and promises that it would never happen again.

“Then it began occurring more regularly and I was slapped, punched, bitten, strangled to the point of unconsciousness, spat on, pinched, kicked, yelled at, and chased around the streets. But all this was done behind closed doors or away from our neighbourhood because John wanted to be seen as a ‘nice guy’ by his friends and our neighbours. He made me cut all ties with my family and friends back home, and forced me to quit my job.

“He then locked me in our flat on most days and I was only allowed out when he was with me. He inspected the house when he returned from work and felt the bed for warm spots as he was constantly afraid that I was cheating on him. He was a master at interrogation and would go on for hours. If he was dissatisfied, an argument would ensue which rapidly grew into a violent attack on me. I was constantly walking on egg shells and afraid of him and he slowly eroded my whole being and I felt I was becoming a mental vegetable.

“John wanted a child and it was not long before I became pregnant. However, I managed to escape from him for a short while and obtained some comfort and support from my family but after begging me for months I agreed to return to him, by now heavily pregnant. It was not long however before the beatings began again, including kicking me in the stomach and risking the life of our unborn child. I resolved that I had to escape him and managed to do so again.”

The Protection of the Law?

But the suffering of the protective mother is far from ended. There then begins the harassment and continuing interference in her life, using the children as a means to do so.

It is unfortunate that the Family Law, which altruistically sought to give reasonable fathers a continuing and an active part in their children’s lives, has been a gift for the sociopath to continue to exert domination and control over his former partner and children. Although the sociopath may not have had a ‘meaningful relationship’ with his children in their past lives together and does not honestly want one in the future, he insists on this as his right under law as it provides him with the opportunity to continue to abuse his former partner and the children.

This usually involves avoiding payment of child support or paying inadequate amounts at infrequent intervals. Then he plays petty games at contact arrangements, such as returning the children late or in a dishevelled state. He abuses his former partner in phone calls and makes continuing unreasonable demands for more time with the children, although when the children are with him for staying contact, they are left with his new partner and he spends little time with them. He uses the Courts and its officials to enforce his rights if his former partner refuses to comply with the contact arrangements as a consequence of his behaviours. This has resulted in some protective mothers losing custody of their children and even being imprisoned and the children being placed with the sociopath father, to endure unwitnessed further abuse.

It has also led to the deaths of several hundred children, killed by their sociopath fathers, and many mothers and other relatives have also been killed. In 2005 in New South Wales, one of Australia’s six States, 117 children suffered unnatural deaths at the hands of their parents and 74 intimate partners were killed. On occasions the sociopath father has taken his own life with those of his former partner and children.

It is to be hoped that society and Courts are able to more easily identify such sociopaths in the future and thereby provide the necessary protections for children and their mothers.

Do you have an opinion on this topic? Have your say below!

Who gets the second $750 Centrelink Coronavirus payment?