The top ten 2014 Budget cuts you didn’t know about 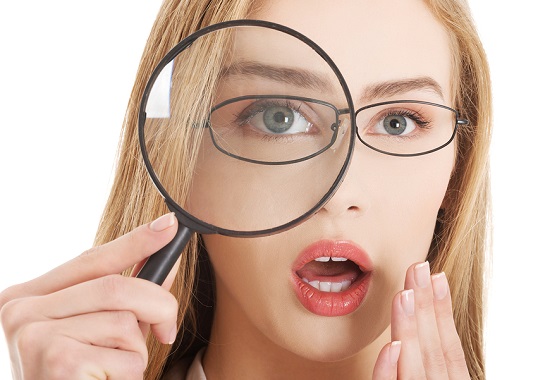 So you aren’t afraid of Tony Abbott’s Budget?

perhaps you have missed something…

You may have read a lot about the recent government Budget cuts to Family Tax Benefits, student loans, indexation of pensions and benefits, as well as the proposed new $7 co-payment for medical services.

Maybe you thought you worked out that your family will escape much of the pain.

You may have read SingleMum’s breakdown of Family Tax Benefit Part B cuts and discovered you may have two years to adjust to the axing of FTB Part B for most parents.

Maybe you read how the welfare system is too generous and complex, and how cutting back is good for the country.

And because of all these things, you really aren’t that afraid of Tony Abbott and Joe Hockey’s 2014 Budget and the impact it might have on your own finances.

Well if you aren’t afraid of the Budget, you will be afraid – after you read this Budget breakdown of all the 2014 Budget cuts and Budget changes from Tony Abbott and Joe Hockey that you have never heard about – until now.

There are plenty of hidden little cuts and changes to government programmes that, when all added up, will hit families hard.

In fact there are so many small changes to benefits, pensions, concessions and government programmes that the average single parent will need to think about being thousands of dollars poorer this year, compared to last year.

You heard about the new $7 Medicare co-payment for GP visits, but what about emergency hospital visits?

Voters are now being introduced to the idea of being asked for money when they present at the casualty ward for emergency hospital treatment.

Joe Hockey’s Budget announced a rule change to allow hospitals to charge emergency hospital patients in order to stop people avoiding the GP charge by going to the hospital.

That either means longer waiting times or fees for service.

If you are lucky enough to own your own home, or are paying it off, your wealth has taken a big Budget hit.

Since Joe Hockey’s Budget, Australian capital city house prices have recorded their biggest fall in value since the global financial crisis, down 1.9 per cent in May, according to RPData-Rismark.

CommSec chief economist Craig James said that the federal Budget may have caused the sudden pause in house price growth.

The proposed two year freeze on six-monthly indexation of Family Tax Benefit payments doesn’t actually sound too bad does it?

Certainly it doesn’t sound as harsh as a $25 per fortnight paycut.

The freeze will see the value of FTB Part A decrease as prices continue to rise. So how much will that actually be?

The maximum rate of Family Tax Benefit Part A is currently $224.00 per fortnight for children aged 13 – 19.

Predicting the future rate of price increases is not an exact science, but 2.9 per cent of $224.00 is $6.50 so a family with two teenagers on the maximum rate of FTB Part A can expect to lose $13 per fortnight in spending power within 12 months as a result of this freeze.

If you are hoping that Bill Shorten’s Labor opposition plus the Greens and/or Clive Palmer’s party will block this freeze, there seems to be some confusion about Labor’s position.

Millions of working families get a tax time Family Tax Benefit Part A payment of $726.35 per child, in addition to any family tax benefits they are owed, based on their final income for the year.

This is usually added to your tax return cheque by the Australian Tax Office when you submit your tax documents. This year’s payment will be a lot bigger than next year’s payment, thanks to changes in this budget.

The FTB tax time payment will be cut to $300 per child for FTB Part B families and $600 for FTB Part A families.

That’s an annual income hit of up to $853 for a FTB Part B parent with two children.

The end-of-year FTB payments will not be indexed, so they will stay at $300 and $600 forever. This measure will save the government $1.2 billion over four years.

After the green Medicare card, this old cardboard concession card may be the single parent’s best friend.

Millions of Australians have a Commonwealth Health Care Card or Pensioner Concession Card. That humble and usually ragged piece of paper delivers thousands of dollars in concessions to parents every year.

That will save the government $1.3 billion over four years.

Suddenly with no more federal funding, will State governments axe concessions for public transport and car registration? The answer is probably yes.

The end could even be in sight for state government subsidies on school fees for low income parents like Victoria’s EMA scheme.

This measure will save the government $231.7 million over five years. The government says the one week wait can be waived.

If you receive about $27 or more in child support per week you won’t qualify for the $750 payment that is announced to be starting in the financial year beginning on 1 July 2015.

Because Family Tax Benefit Part B now cuts out when your youngest child turns six years old – because apparently they suddenly cost much less to keep, feed and educate – low income families will no longer be eligible for up to $102.20 per child aged 6 – 18 per fortnight in FTB Part B payments.

To partially make up for that major financial blow, the government announced a new yearly payment of $750. More information is available here.

The trick is that you have to get the maximum rate of FTB Part A to qualify for this payment.

That is difficult for single parents when the Maintenance-Income test free area for FTB Part A is just $1,478.25 per year and the taxable income test is $48,837.00

Most single parents will not qualify for the $750 cash payment.

A big blow to a lot of young mothers will be the cutting of the Pensioner Education Supplement, worth up to $62.40 per fortnight for students from 1 July 2015. So you have 12 months to finish that course.

Students who need to travel to another city for study also lose the relocation scholarship worth $4,145 in the first year of study.

The Clean Energy Supplement goes to people receiving Family Tax Benefit and for single parents is currently $11.90 per fortnight and it stay $11.90 for the next five years.

Over the next five years the consumer price index will probably rise by between two and three per cent year. Your $11.90 will be worth about $10 in today’s dollars in five years time – but at least it wasn’t cut completely!

From the 1 July 2015, the Family Tax Benefit Part A income test child add-on will be axed, saving the government about $52 million per year.
This will affect families with more than one child who earn a total household income from work of more than $94,316.

After this income level the rate of FBT Part A reduces by 30 cents for every dollar earned. Currently this income threshold is higher for families with more than one child – it goes up by $3,796 for each extra child.

From next year, extra children will not mean you can earn more before your benefits begin to reduce.

The base rate of Family Tax Benefits is currently $56.70 per child.

Parenting Payment Single, for those that still receive it, will no longer be set at 27.7 per cent of the average male weekly wage.

From 1 July 2014, PPS, and all other pensions, will be linked to the consumer price index instead.

The Australian reported that over a six year period wages – and pensions – grew 23 per cent while prices went up 17 per cent, so that’s about a one per cent per year difference.

The maximum fortnightly Parenting Payment Single rate is currently $713.20, including the Pension supplement. So this cut means, that, over a year, that payment will lose about $7 per fortnight in buying power, and that will continue forever.

No single parent will escape unscathed from this Budget. Everyone will pay more.

Good news for separating and separated couple might be the government’s Stronger Relationships Trial. This starts on the 1 July 2014 when 100,000 couples become eligible for $200 vouchers to spend on “marriage and relationship education and counselling.” Further information is hard to find on this measure.

Have your say on this story – what do you think about the Budget cuts? Make a comment below! 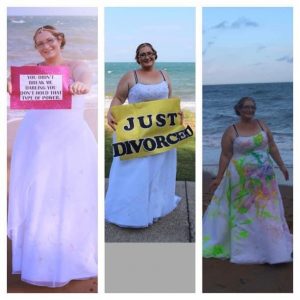 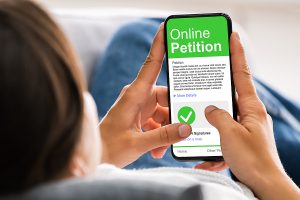 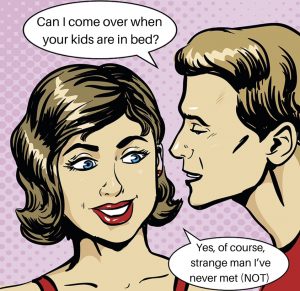