Dr Bronwyn Harman, ECU Perth, has launched the second stage of her research into single mothers.

In stage one, she examined the relationship between resilience, self-esteem, social support and life satisfaction. In stage two, single mums are asked to share their story. These are separate stages; you don’t have to complete stage one before you complete stage two.

This section of the research asks single mums to tell their story in as many or as few words as you like. Sample questions from the survey are “how did you become a single mother?”, “what are some challenges of being a single mother?” and “how do you think society views you as a single mother?” and there is no minimum or maximum, and no compulsory questions. If you don’t want to answer a question, you can skip to the next one.

The research has approval from ECU’s Human Research Ethics Committee, and the principal researcher, Dr Bronwyn Harman, who can be contacted at b.harman@ecu.edu.au.

You can access the survey here:
Mothers in Australia: The Good Mother Syndrome and Resilience – Part 2 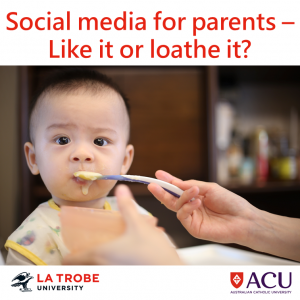