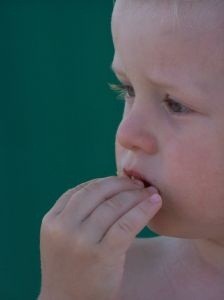 Australia can and must do better for children

Today some Australians will wake up to a much anticipated and required increase in their pension. But for others it is a stark reminder that we are not all treated equally and our kids are some of the biggest losers.

The National Council of Single Mothers and their Children states that the last time child poverty was a national issue was in the 1980`s with the then Labor Prime Minister Bob Hawk.

The focus and response had an immediate impact of reducing child poverty but the many gains have been eroded or lost over the years.
Most notably is the government’s decision to continue to move single parent families to an allowance which was unheard of until July 2006. These families will now try and survive on $263 per week. Contrast this to single aged pension of $374.40 per week.

Recent figures from the ABS state that Newstart claimants are at breaking point, with 79% reporting three or more indicators of financial stress and they are closely followed by people on Parenting Payments (77%). Small, but expected treats like having friends or family over for a meal once a month is not an option whilst severe child poverty means:

Terese Edwards, CEO states that child poverty and financial hardship should not be part of any childhood and certainly not a forgone conclusion. As Australia prepares of the Tax Forum it is our expectation that the needs of Australian children will rate the highest priority

Eliminate and respond to violence, hardship and inequality for single mothers and their children