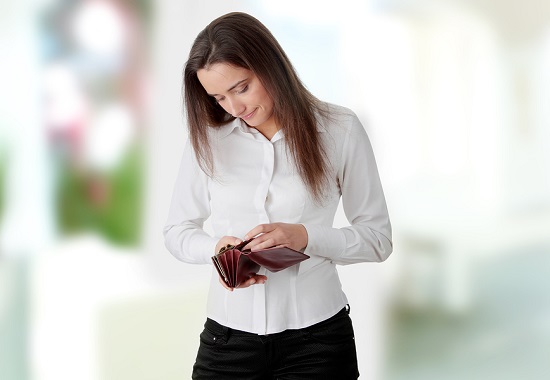 Single parents are generally experts in making weekly budgets stretch to feed hungry mouths and pay all the bills.

However relationship breakdown is a major cause of personal bankruptcy according to government statistics and one parent families can struggle to deal with debts on credit cards, car and personal loans as well as mortgages.

And of course there’s plenty of sexually transmitted debt around these days afflicting many single parents – that’s debt that your ex-partner has saddled you with.

But break out the champagne because the good news is there are plenty of companies that can apparently save you from your debt almost instantly, it seems.

Companies with names like ‘Money Rescue’, ‘Budget Relief’ and ‘Debts Busted’ bombard us with slick advertising apparently claiming to be able to make our debts almost disappear.

No doubt you have seen this advertising – in women’s magazines, on daytime and late night television, on the internet, the radio, in newspapers – almost everywhere we look someone is offering to help us deal with our debts.

But of course there is no magic wand solution that makes debts disappear.

Unhappily I must burst your bubble here and reveal that these debt help companies can’t magically fix all your financial issues. Occasionally they can even make things worse.

Mostly they assist us by consolidating all our debts and negotiating an affordable repayment plan with banks, lenders and other creditors. They do this for fees – sometimes thousands of dollars – which are added to the debts that have to be repaid.

Often the debt help companies use a debt agreement to enforce the repayment plan. A debt agreement is a controversial alternative to full-blown bankruptcy and is constituted under part 9 of the Bankruptcy Act.

Despite the cost and the big potential downsides – and more on that later -all that advertising by the debt help companies is working. They are attracting a growing number of customers despite plenty of data indicating that debt stress is not growing in Australia.

The latest government data from the Insolvency Trustee Service shows that the number of new debt agreements rose by eight per cent to 9652 in 2012/13.

Saskia ten Dam is a financial counsellor with the Townsville Community Legal Service. Saskia has many years of experience dealing with people overwhelmed by debt (“too many” she told us ) and said a lot of people entering a debt agreement may not completely understand what they are getting into.

“Debt agreements are often marketed as something like debt consolidation, but they are an act of bankruptcy and your name is placed on the National Personal Insolvency Index for life.

“And they are expensive to set up. Debt agreement administrators charge anything from $500 to $1500 to set it up and even then creditors could reject the agreement,” said Saskia.

“Plus ongoing fees are payable. For instance, if the agreement requires you to pay $115 per fortnight some of that will go to the administrator. All this should be transparent and clear to the person going into the agreement.”

Saskia told singlemum.com.au that debt agreements are only available for unsecured debts like credit cards and definitely not for fines or court imposed debts.

By far the biggest debt help company in Australia is Fox Symes with over 100,000 clients every year. Fox Symes’ advertising leads with the line: “Reduce Debt in Minutes.”

And the debt business is working well for Fox Symes right now. The Fox Symes share price has climbed more than 50 per cent this year and dividends paid to shareholders are also up.

“This year a lot more people are eligible for debt agreements because the income and debt thresholds have gone up,” said Deborah “Previously a lot of those people might have filed for bankruptcy until the changes came in earlier this year.”

Under law changes introduced by former Attorney General Nicola Roxon, people with unsecured debts under $100,664, property worth less than $100,664 and with an annual income less than $75,498 can now enter a debt agreement.

“Where previously many people would have too much debt or too much income for a debt agreement now they can qualify,” said Deborah Southon.

And if you don’t know how anyone could rack up $100,000 on credit cards, personal loans and store cards, Deborah Southon sees people who have done just that all the time.

Deborah said Fox Symes will not place single parents into a debt agreement if their sole source of income is from Centrelink.

“We don’t think the government intends that Centrelink money should be used to pay unsecured creditors.

“The vast majority of people with debt agreements are employed, including a good number with mortgages and huge amounts of unsecured debts.”

Saskia ten Dam agrees that debt agreements can work for people with property to protect like a house or a car.

“A car worth more than $7,200 could be divisible in a bankruptcy,” said Saskia, “so look up the value of your car on redbook.com.au or drive.com.au before you make a decision.”

“Debt agreements may be a really good thing for people with secure income from permanent employment, rather than casual employees, part-timers, self employed people and those relying on Centrelink as their primary income.

Victoria’s Consumer Law Action Centre is quite critical of much of the marketing around debt agreements and issued a report earlier this year saying that in some cases debtors would be better off going into bankruptcy.

If a debtor is below the income threshold required for repayment contributions, bankruptcy may mean that they don’t have to pay anything to creditors.

That could be good for single parents because the current income limit for a person with one dependant is almost $60,000.

So don’t rush into something that costs money and is hard to understand.

“Many people with part time jobs and receiving Centrelink benefits may be better off seeing a free financial counsellor,” said Saskia.

“There are plenty of options including informally talking to the bank or creditors and going through their hardship process. Often that gets better outcomes.”

Find out more information about your options for dealing with debt at www.moneysmart.gov.au

Jason is a business and finance journalist with 20 years experience – he is also a single parent, and is also a member of the SingleMum.com.au Expert Opinion Panel. He has a regular weekly column in the Sunday Mail (Brisbane) and writes regularly for the Business Daily section of the Herald Sun in Melbourne and many other newspapers and magazines.

Just send the clothes back with the kid! The joys of coparenting with a spiteful Dad