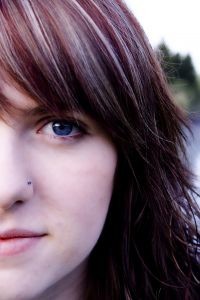 Language women should use in the Family Court

Most women who attend counselling – to come to terms with their partner’s psychologically abusive and controlling behaviours – often beat up on themselves saying: “I let it happen” and “I feel like I’ve failed”.

Women talk about the effects and impact of abuse and control

Women describe feeling emotionally beaten down, shame, guilt, anger, sadness, depression, lack of confidence, insecure, discouraged, defeated, desperate, fearful, anxious and full of dread. They talk about being codependent, having self-doubt, a low belief in their abilities, confused, a feeling of going insane and an inability to concentrate. This brief list can lead Family Court Judges, lawyers, psychologists and other supporters of female victims to interpret the effects and impacts of abuse as equivalent to passivity, incompetence, and poor mental health. So what can women and their supporters do to combat this social problem?

It is necessary to uncover ways women actively resist abuse

Women continually use multiple strategies to resist being controlled and psychologically abused by male partners.

Women seek advice and help from others, they strategically subordinate or silence themselves, purposefully choose not to state their beliefs and opinions, consciously choose when to stay quiet and when to assert themselves – all to avoid further abuse.

If a man who persistently attempts to control his partner pressures her not to work, and she defies this by going to work, regardless of abusive repercussions, this act of resistance shows that the woman does not “let abuse happen”.

Women may do things to please their partner that they might not ordinarily do, they may ignore his behaviour, or they may cry as a way of showing they refuse to be content with being verbally abused and emotionally manipulated. Yet other women refuse to cry with the aim of not giving the abusive man the pleasure.

These acts of resistance prove women do not have low self-esteem, rather women resist abuse because they do esteem themselves. Women who defiantly talk to a male colleague at a party, despite their partner badgering them to stay away from all men, and women who refuse to obey their partner’s rigid rule that dinner should be on the table at 5 o’clock sharp every night, are refusing to be dictated to. These acts of resistance do not entail letting abuse happen. The abuse happens because, the man who is hell bent on controlling his partner, is violating her needs and boundaries.

Many women resist being controlled by lying about where they’re going, by sneaking out, by not telling their husband where they are going, or who they are having coffee with. These are acts aimed at preserving autonomy, independence and freedom.

Canadian Family Therapist, Dr Allan Wade, along with his colleagues, have researched and written some splendid articles that give an empowering spin to the language women use to describe the impact of being abused . . .

“Despair” is usually considered to be a negative effect of abuse. However, Wade and colleagues suggest that “despair” actually suggests that the victim of abuse is hoping for, or calling for, change.

“Sleeplessness” is generally labelled the problem to be solved. However, lying awake at night worrying about the crazy-making mind-games her partner is playing, is actually a strategy of resistance. In other words this kind of “wakefulness” is refusing to be content with being emotionally abused and controlled.

Using the “language of resistance” in the Family Court

When women write affidavits aimed at helping them win custody of their children, it is common to write the negative effects, or impacts, resulting from the man’s psychologically abusive and controlling behaviours. However, Allan Wade and his colleagues’ research shows that, by women saying they have low-self esteem, depression, anxiety, stress, etc., this language can feed into stereotypes that women victims of abuse are not capable of resisting abuse, or of maintaining custody of their children.

Allan Wade PhD, and his colleagues, strongly suggest that women and their supporters include information in written court documents about all the ways the woman has resisted, and continues to resist, each and every form of abuse by their partner. Rather than asking the woman how the abuse impacted, or effected her, instead ask how she responded when her partner did xyz. Ask her what she did when he said, or did, xyz. The woman’s answers to this will represent her as active and competent.

How women resist abuse depends on the context

Any small act of resistance is a sign of success

Just because a woman has not been able to stop the man’s abusive and controlling behaviours does not mean she has “let the abuse happen”. The fact that she has engaged in hours, months and years of subtle, and not-so-subtle, strategies of resistance, means she has successfully mustered up chunks of control over her own life – no matter how tiny that sense of control may feel. It means she has succeeded at not allowing her partner to have 100% control over her decisions, her actions, her secret thoughts, hopes and dreams. It means she has grabbed some form of self-preservation that she has refused to allow him to steal from her.

What women do to resist abuse is a sign that they are capable of maintaining custody of their children. The question should be, “What is the man who uses abuse and control doing to enhance the children’s emotional wellbeing?”

Clare Murphy has worked in the family violence field for the past 10 years. She is based in Auckland and conducts seminars around New Zealand and Australia. Clare supervises human service professionals for one-off or longer term assistance in understanding how to deal with issues relating to
psychological abuse and power and control . Clare’s website – www.speakoutloud.net – contains
a wealth of information on the subject. She has a PhD in Sociology from the School of Justice, QUT, Brisbane and a Masters degree in
Psychology.