Marriage – it makes no difference to children

Charles Pragnell, Advocate for Children and Families for SingleMum.com.au | 26 July 2011 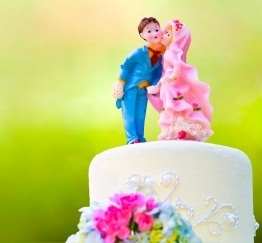 Whether parents are married or living in a de facto relationship, makes no difference to the emotional, social, and cognitive development of their children. This rather obvious conclusion has now been clearly shown in a recent research study by the UK Institute of Fiscal Studies.

Researchers at the Institute for Fiscal Studies have found little or no evidence that marriage itself has any effect on children’s social or cognitive development.

It was found that the differences in outcomes for children born to cohabiting couples and married couples was due to the fact that on average those who marry tend to come from more advantaged families, and are more cognitively and emotionally successful themselves, than those who cohabit.

Careful analysis shows that children born to married couples are on average more cognitively and emotionally successful than children born to cohabiting couples but this largely reflects the differences between the types of people who decide to get married and those who don’t. Whether a child’s parents are married has no benefit in terms of a child’s development.

The Institute of Fiscal Studies is funded by the Nuffield Foundation, and the study examined data on 10,000 three and five year olds and concluded that developmental differences between children born to married parents and those born to unmarried parents are not primarily accounted for by marital status, but determined by other factors, such as parental age, education, and income.

Several other reasons were identified by the study as to why children born to married parents have higher developmental outcomes than those born to unmarried parents; their parents are older, more educated, have a higher household income, and a higher occupational status, as well as a higher relationship quality early in the child’s life.

Education, income and occupation are significant factors in whether people choose to marry or to cohabit, which is why it can appear that children born to married parents achieve better outcomes, but the evidence shows that once these differences in parental characteristics are accounted for, parents’ marital status appears to have little or no impact on children’s cognitive development. Even in the case of children’s social and behavioural outcomes, where relationship quality is important, the question is whether marriage causes or results from better quality relationships.

Conclusions which can be drawn by policy makers from this study are that a simple increase in the number of couples getting married would have a limited effect on children’s development up to the age of five.

Further findings from the study include: