Syndrome…does it exist?
When children reject a parent 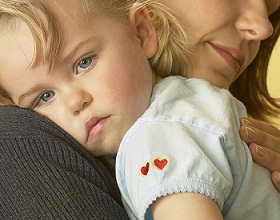 Eminent Child Advocate Charles Pragnell comments on the issue of whether or not there is a mental illness called Parental Alienation Syndrome (PAS).

If there are situations where a parent may seek to persuade or coerce a child into rejecting the other parent, then clear and convincing evidence of that should be presented to the Court, with corroborative evidence of course. With the right of rebuttal on the basis that such rejection was self-induced.

Such behaviour by a parent is far from being a mental illness which require very clear scientific evidence of their existence (e.g. field trials, and clinical evidence to prove a hypothesis, clear diagnostic criteria, and treatment programs which have been proven to be effective – there should also be statistics on false positives and true negatives).

Simply to give it a Label of PAS based on a survey of people who will hugely financially benefit from a positive result, is not a scientific methodology.

If PAS were to be accepted by the Diagnostic and Statistical Manual of the American Psychiatric Asscn – Fifth Edition (and the Family Courts as it was in the past), then all of the above proofs would be by-passed and it would simply become a `Finger-pointing’ exercise the same as in days of witchcraft and with equally horrendous outcomes. (which was the international scenario created by Munchausen Syndrome By Proxy which similarly had no scientifically conducted research base and which led to many thousands of children worldwide suffering harm by removal and complete loss of contact with parents).

If we stick to words such as `persuasion’, `coercion’ etc. this would make far more sense and be far more accurate than merely to label someone as mentally ill, with no quantifying or qualifying criteria and no effective treatment method, except to remove the children and stop contact (thereby punishing the children for the actions of a parent).