Tinker Bell and the
Secret of the Wings

Plus – win a Family Pass to see the movie! 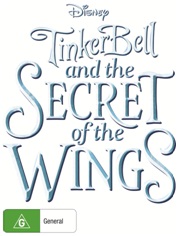 Walt Disney Studios proudly reveals the all-new animated fairy feature film, Tinker Bell and the Secret of the Wings. Starring Tinker Bell, one of Disney’s most beloved and iconic characters, along with all her fairy friends. 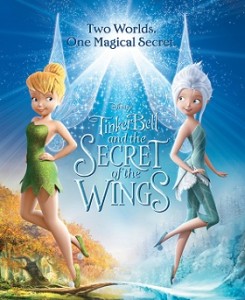 Journey with Tinker Bell into the forbidden world of the mysterious Winter Woods, where curiosity and adventure lead Tink to an amazing discovery and reveal a magical secret that could change her world forever.

Don’t miss out on your chance to share in this magical journey through two worlds that celebrates the spirit of sisterhood and friendship.

To be in the running to win a Family Pass to this fabulous new kids movie, simply tell us in 25 words or less why you and your child would like to see Tinker Bell and the Secret of the Wings – it’s that easy!

The best entry will WIN 1 of 4 Tinker Bell and the Secret of the Wings Family Pass!

Competition open to adults 18 years and over. Limit of one prize per household. Competition ends midnight 29 September 2012. Please read the full Competition Terms & Conditions here prior to entry

This competition is now closed

And the lucky winners are…

Not a winner this time? Keep an eye out for more exciting SingleMum.com.au competitions here!